How Much of My Social Security Tax Does My Employer Pay?

That mysterious entry on your pay stub every month under the description FICA represents your payment of Social Security and Medicare taxes, which were established under the Federal Insurance Contributions Act (FICA) in 1939. Every year, the Social Security Administration provides updated figures regarding FICA tax withholding, such as the amount of income you pay tax on. Employers collect tax from workers and send it to the Internal Revenue Service periodically. In most cases, your employer has to pay half of your tax for you. If you're self-employed or an independent contractor, the tax system considers you both an employer and an employee. 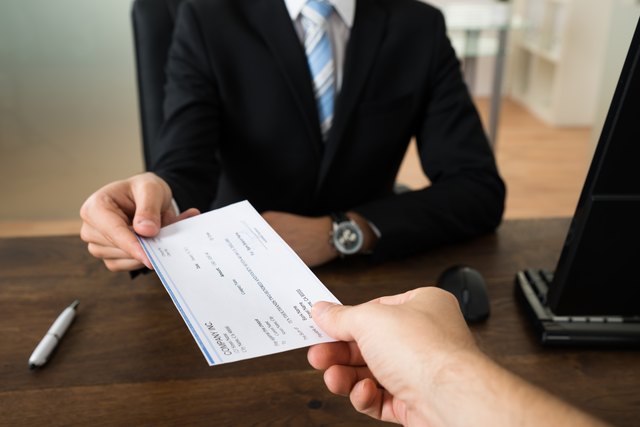 How Much of My Social Security Tax Does My Employer Pay?
credit: AndreyPopov/iStock/GettyImages

FICA taxes and Medicare taxes are separate taxes, and your employer keeps them separate on the W-2 form you receive at the end of each year to record your income and taxes paid. Your employer takes 6.2 percent out of your paycheck for Social Security and 1.45 percent for Medicare, for a total of 7.65 percent of any income you make in 2018. Social Security's limit for 2018 is $128,400. Income in excess of $128,400 from one employer in that tax year should not have Social Security taken out of your check. Medicare taxes are 1.45 percent for any amount you make, with no ceiling or limitation. Starting in 2013, the Additional Medicare tax of 0.9 percent was implemented for single earning over $200,000 and joint filers earning over $250,000. Taxpayers choosing to file as married filing separately had a threshold amount of $125,000.

Self-employed persons must 15.3 percent of their incomes, up to $128,400 as of 2018, as they are considered both employers and employees. Thus, they are responsible for both the employer's part and the employee's part, or 12.4 percent for Social Security plus 2.9 percent for Medicare, with no limitation. Independent contractors or other contract workers pay the same percentage. The effect of working as an employee is a tax benefit of 7.65 percent in 2017.

The Bureau of Labor Statistics (BLS) reported that as of September 2017, employer-paid benefits amount to 37.4 percent of the total hourly cost for employees. These figures include paid leave such as vacation and sick leave, overtime and supplemental pay, retirement and savings plans, worker's compensation, and Social Security and Medicare taxes. These figures are the true value of working as an employee, representing amounts your employer pays in addition to your hourly salary.

The Basics
Taxes
By: Jackie Lohrey

What Is Medicare Tax?