More than 99 percent of individual federal tax returns safely pass through the Internal Revenue Service without any audit-triggering red flags, so taxpayers may be tempted to fiddle the numbers or cook the books -- never a good idea. However, given the complexity of U.S. tax laws, innocent mistakes may occur. When the error appears to be a deliberate attempt to avoid paying taxes, however, it could attract the attention of IRS auditors and investigators and bring down civil or criminal charges against the offender -- reasons enough to hire a good tax lawyer. 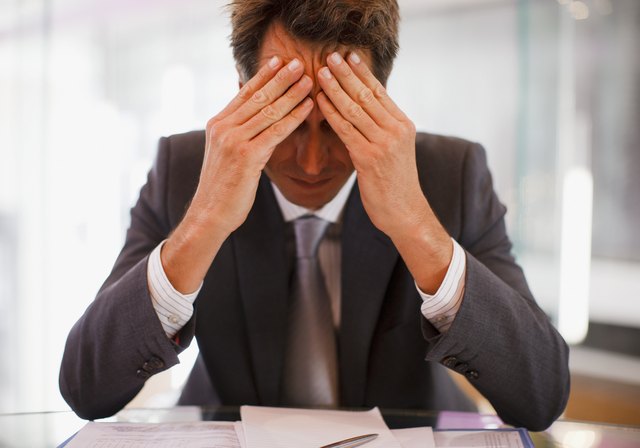 How Do They Know?

The IRS computers flag returns that contain suspicious information, and the IRS pursues an investigation when large amounts of money are at stake. An underpayment of $500 or less generally involves penalties and interest rather than a criminal or civil prosecution. If an audit turns up larger problems, the examiner and his superiors can impose a civil penalty or turn the case over to the IRS's Criminal Investigation Division. When the unpaid amount is substantial, the penalty for a federal tax crime could be jail time, and the perpetrator must still pay the tax plus penalties and interest.

Tax Evasion Is a Crime

Tax evasion generally refers to a deliberate act of under-reporting income and misrepresenting deductions and credits in order to reduce the amount of tax owed. As of February 2014, the federal sentencing statutes state that anyone who willfully attempts to evade paying federal income taxes can be convicted of a felony and be subject to five years in prison or fined up to $250,000, or both, plus the costs of prosecution.

Filing a false return in general involves the intention of the individual to defraud the government with misstatements such as omitting sources of income or even claiming phantom dependents. Even if the error doesn't involve underpayment, lying on a return or lying during an audit can involve charges. Once you sign your tax return, the IRS considers fraudulent information on that return to be perjury -- a felony subject to criminal charges and up to three years in prison and/or $250,000 in fines. Civil tax fraud can bring a penalty of up to 75 percent added to the tax due.

Typical Vetting Questions for a Politician

Can a Tax Preparer Have a Criminal Background?

The Basics
Taxes
By: Michaele Curtis