What Is Tax Evasion?

The mere mention of the Internal Revenue Service can make most taxpayers experience at least a spasm of anxiety. It can strike terror in the souls of those who have actually done something wrong. Tax evasion, along with a few other offenses, falls under the umbrella of tax fraud, or doing something to deliberately cheat the government. 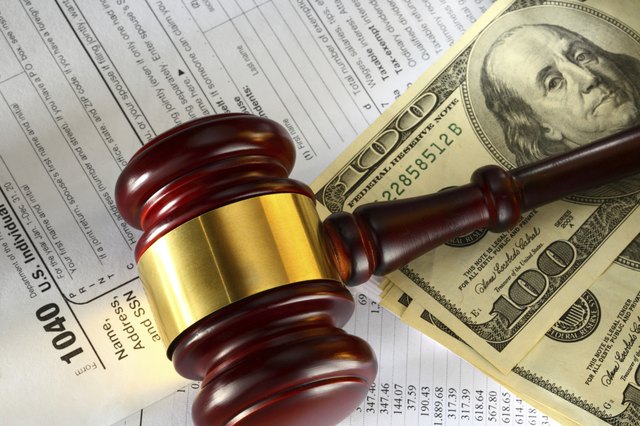 A close-up of a gavel, tax form and bank notes.
credit: Garsya/iStock/Getty Images

Perhaps the most significant component of tax evasion is the taxpayer's willful intent to avoid paying taxes he owes. He might underreport his income or make false claims about deductions or dependents. These offenses involve submitting a fraudulent return, but tax evasion can also mean filing an accurate return then refusing to pay the taxes due. Failing to file a return is considered tax avoidance, not tax evasion.

The IRS has six years to catch up with tax evaders, but the date when the clock begins ticking can be a little tricky. The statute of limitations begins with the date the return was filed if it concerns a fraudulent report. If it's about non-payment, the pivotal date is either when she filed the return or the date when she last took an action to avoid paying. So if she filed her return in year one and agreed to payment terms in year two but then never made any payments, the six years starts in year two.

Convicting someone of tax evasion isn't necessarily a slam dunk for the IRS. It must prove the taxpayer's intent in criminal court. The first step is typically an audit. If that doesn't put the concerns to rest, the auditor can refer the case to the IRS Criminal Investigation Unit. If that unit determines fraud has taken place, it can bring criminal charges against the taxpayer.

Taxpayers convicted of evasion or any other type of tax fraud can face up to five years in jail. Fines can reach to $250,000 for individuals and $500,000 for corporations plus the legal costs. After conviction, the matter goes from criminal court back to the IRS. The IRS can assess a civil tax fraud penalty of 75 percent of the tax owed plus interest in addition to criminal fines.

When a taxpayer cheats on both state and federal taxes, his problems can become twofold -- the state can seek conviction as well. This can mean charges in both federal and state court. It can also mean separate convictions and sentences. Most state penalties mirror that of the federal government, including up to five years in prison, but the fines may be less. For example, New Jersey and Massachusetts cap their fines at $100,000.

Penalty for Not Claiming Income on Taxes