Penalty for Not Claiming Income on Taxes

The federal tax code generally requires you to disclose all income, from all sources, on your tax return. If you claim less income on your return than you should, your return will understate the tax you owe. That could set you up for serious financial penalties if and when the Internal Revenue Service catches the unreported income. If you understate your income on purpose, rather than just by mistake, you could end up in prison. 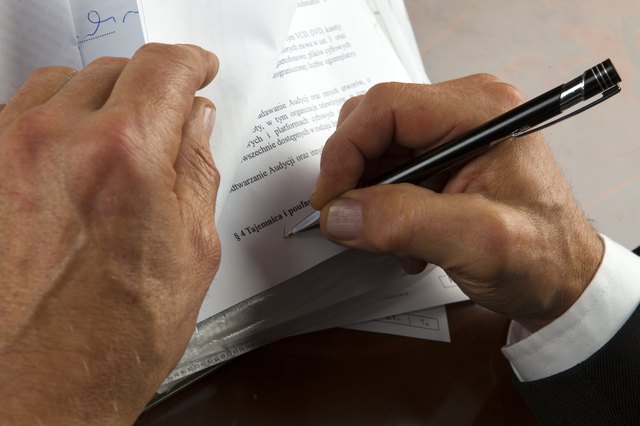 A man is signing a business form.
credit: MagMos/iStock/Getty Images

If the IRS discovers that you have not claimed income as required on your tax return, one thing is certain: You will have to pay whatever tax you avoided by underreporting your income. For example, if your tax would have been $10,000 higher had you reported your income correctly, you'll have to pay that $10,000. In most cases, you'll also have to pay interest for the period between when the tax was due and when you paid it. The standard monthly interest charge is 0.5 percent of the tax due. So if you owed $10,000, the interest would be $50 per month, starting with the due date. Once the IRS has identified your understated tax and sent you a letter demanding payment, the rate jumps to 1 percent a month from that point forward.

Any penalty beyond the interest on your unpaid tax hinges on the extent of your underreporting and how much responsibility the government thinks you bear for it. If the unreported income caused you to understate your tax by at least 10 percent, you'll be liable for a "serious understatement" penalty. For example, say you would have had a tax bill of $20,000 if you had reported income correctly; if your return understates your tax by $2,000 or more, the understatement penalty applies. The penalty is 20 percent of the tax due.

You may also be liable for a 20 percent penalty if the IRS believes you understated your tax because of "negligence or disregard." This generally means that the understatement was more than just a simple error, oversight or misunderstanding on your part. It means you submitted your return without making a serious effort to verify that it was correct, you didn't bother to learn or even try to learn the tax rules that apply to your situation, or you neglected to keep records you should have kept. In situations where both serious understatement and negligence penalties apply, a taxpayer will get only a single 20 percent penalty.

If the IRS concludes you deliberately failed to report income and knew that doing so would reduce your taxes, you can be hit with a civil fraud penalty, equal to 75 percent of the unpaid tax. Because a willful failure to report income is, by definition, tax evasion, the IRS may also refer the case to a federal prosecutor. If convicted of tax evasion, you can be sentenced to up to five years in prison, fined up to $250,000, or both. Alternatively, you could be prosecuted for perjury, since signing a tax return you know to be inaccurate is an act of perjury. In that case, the potential penalty is up to three years in prison, a fine up to $250,000, or both.

The Basics
Taxes
By: Contributing Writer

What Is an IRS Civil Penalty?

The Basics
Taxes
By: Mike Bell

How to Get Them to Waive IRS Penalties

The Basics
Taxes
By: Elizabeth Layne