How Do Teenagers Build Credit?

Teenagers can build good credit by learning responsible financial habits, obtaining a credit card and using it wisely. Typically, teens must ask parents to co-sign, or else they must get a secured card or become authorized users on a parent's card. By law, a person under 21 must demonstrate the ability to pay to get an unsecured card in her own right. Even if a teen has income, the youngest age to qualify for a credit card without help from an adult is 18. 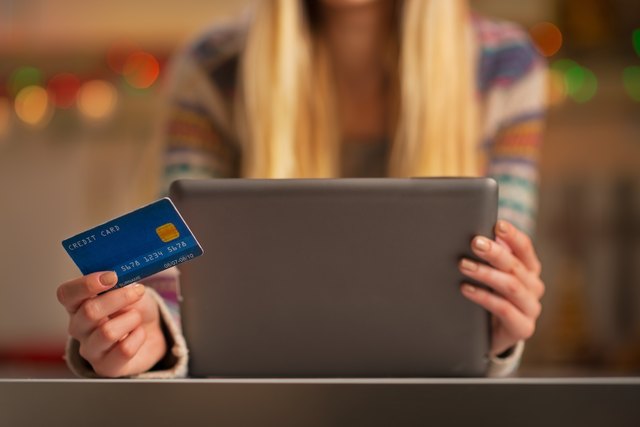 How Do Teenagers Build Credit?
credit: Central IT Alliance/iStock/GettyImages

To build a positive credit history, teens need to understand responsible money management. Parents can help by instructing them and setting the right example in their own use of credit, recommends Ameilia Granger, writing for U.S. News Money.

A high school student can obtain a checking account and debit card to learn how banking and card payments work. Garden City, New York, financial adviser Jay Freeberg recommends that parents co-sign for a debit card on the teen's bank account, according to U.S. News Money. Then the parent can check the monthly statements and instruct the teen on proper use of the account. .

Get a Co-Signed Credit Card

As a next step, a parent can co-sign for a teen's first credit card to give the teen experience in using actual credit. La Jolla, California, financial adviser Laurie Itkin recommends that parents get the teen only a small credit line on a co-signed card, according to U.S. News Money. Parents should supervise the account to make sure the teen pays the bill in full and on-time every month because that's the best way to build a positive history.

Get a Secured Card

A secured credit card is an alternative for teens whose parents don't want the risk of co-signing. The teen must open bank or credit union account to back up the line of credit. The minimum amount depends on the bank, but it's often as low as $300 or $500, according to Bankrate. The credit limit may be a percentage of the deposit or the entire amount.

The teen can build credit by using the card and making all payments on time. Not all banks report secured cards to the credit bureau, according to Experian. If not, the teen can ask to switch to a regular credit card after proving his creditworthiness.

A third way teens can get credit is by becoming an authorized user on a parent's credit card. The parent adds the teen to the account, but the parent is still liable for all charges on the card.

Which Debit Card Is Best for Teens?

The Basics
Saving
By: Madison Garcia

Can I Get a Credit Card With No Checking Account & Bad Credit?

How to Open a Bank Account for a Minor

The Basics
Saving
By: James Johnson

What Does It Mean if You Co-Sign on a Bank Account?