How to Live That "Golden Girls" Life in Retirement

Picture it: Living with your best friends, lounging on the lanai, meeting Burt Reynolds. Sounds pretty good, doesn't it? The iconic sitcom Golden Girls ran from 1985 to 1992 and featured four older women sharing an apartment and representing girl power for the silver generation.

The show was sassy, sexy, and very funny; in many ways it was the precursor to Sex and The City. It openly discussed sex, dating, and the single life -- but with a twist as it featured the oft-taboo subject of seniors with a vibrant sex life.

But as all the women were of a certain age, it's worth taking a look at their finances to see just how feasible it would be to live like a Golden Girl in your own twilight years. 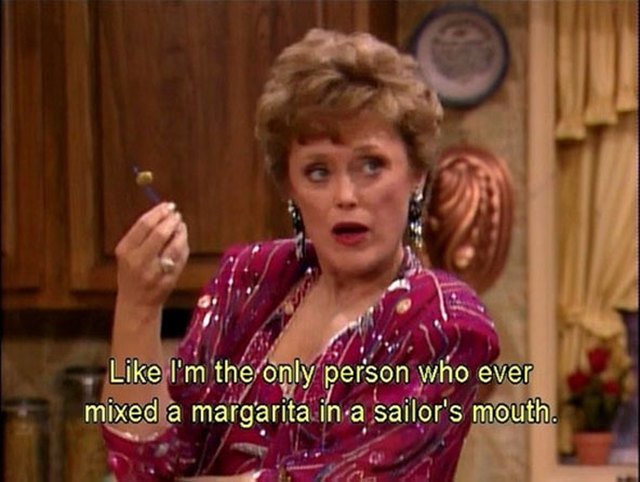 Blanche was the sexy one, she loved looking good and feeling great and had no problem expressing her sexuality. She was the original Samantha Jones and gave credence to the notion that sex can continue well into your retirement years.

Blanche owned the home that the ladies shared in Miami, Florida. Dorothy and Rose answered an ad seeking roommates and the rest is history. But how much would the rent have cost the ladies back in the 80's and 90's? The home at 6151 Richmond Street in Miami, Florida, was a stylish Spanish-style 4 bedroom 2 bath, with a full kitchen, a living/dining room and an outdoor area with patio. A similar home in the area rents for approx $2,500 month now, to work out how much it would have cost 30 years ago, you need to take a look at the base price index, back when the show aired it was around 100, now it is at 201, meaning we need to halve the amount that would be charged today to find how much the girls would need to pay = $1,250.

This rent would be split between the three renters at approximately $417.00 per month.

As the house was likely paid off, Blanche would have had this $1,251 per month as rental income. She holds a job throughout the series at an art gallery, assuming she was only paid the minimum wage for part-time hours in the years the show ran (from $3.35 $4.25 per hour) for 20 hours per week, this would amount to an average yearly salary of about $4,000 per year. Add in her rental income from the other girls and Blanche would have been bringing in about $19,000 per year.

Considering that she didn't have any housing costs, this would have been enough to live comfortably, but she may have still would still need to be careful with her money. Quite the departure from her beginnings as a southern belle with Big Daddy's old money. 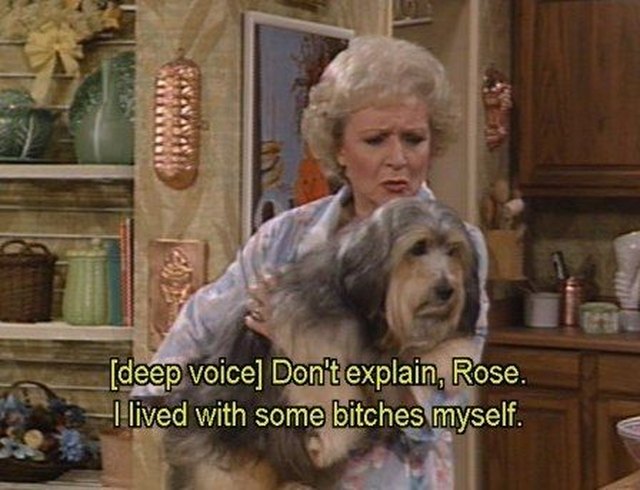 Rose was the soft, gentle, and slightly daft member of the group, an eternal optimist and hopeless romantic. She kept the laughs coming with her tales from St Olaf, Minnesota and her homespun wisdom from her Norwegian-American family.

She would have needed to find $417 per month to pay her rent to Blanche, plus the cost of pastel clothing and cheesecake.

Rose worked as a grief counselor despite a short layoff, and received a pension from her late husband. She is shown to have some money troubles when her husband's company goes bankrupt and her pension is suspended. She eventually finds work as an assistant to a TV reporter. But as her expenses were quite low, it can be presumed that she was able to make ends meet quite comfortably.

Dorothy is quick-witted, sarcastic, and intelligent. A substitute teacher equally feared and loved by her students, she was even given the nickname "Attila the Sub".

The median wage for substitute teachers for this year calculated by The Bureau For Labor Statistics is $29,960. The current consumer price index (CPI) is 241.86, we can find the salary Dorothy would have been making at the time, by using the CPI in 1996 which was 88.9. That's roughly 2.7 times less, which would make her 90's salary $11,096 per year, not bad when you add in her spousal support from her ex-husband, Stan.

However, she may have needed this extra income as she likely paid for both her and her mother's rent at a total cost of $834 per month.

Sophia is Dorothy's mother and a wisecracker who makes fun of the three younger women. She comes to live with the women when her nursing home burns down. Sophia lived a long and sexy life in Italy before emigrated to the States in her twenties.

She is retired and supposed to be quite elderly, but still holds down several part-time jobs. She was a fast food service worker and even made and sold her own pasta sauce. Because of her age and her previous residence at a nursing home, it's acceptable to presume that any money she makes is meant as pocket money and not her main source of income. She would likely be in receipt of a pension and perhaps some life savings. 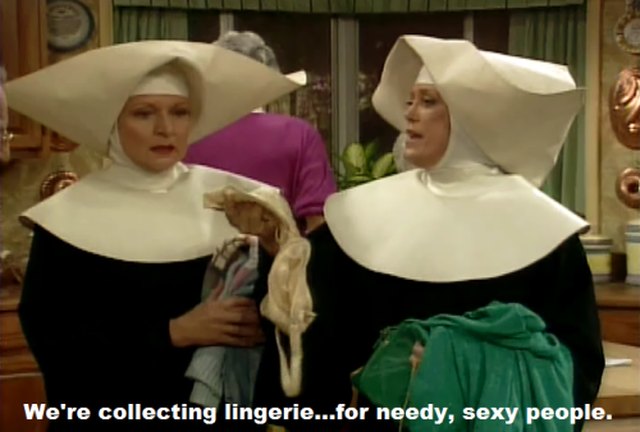 The ladies had busy social lives and enjoyed dates, dinner and movie nights, back in the late 80's and through the 90's their social lives could have included the following costs:

Dinner for two in a restaurant: $28

The Golden Girls really was a groundbreaking show. Back in the late 1980's and throughout the 1990s, the girls certainly made less money than they would today but they also spent less as commodities and expenses were roughly 2.5 times lower.

A safe monthly estimate of each of their expenses is $750 per month, or $1,600 in today's money. In another 50 years, when most of us will retire, we'll need about $2,500 per month to live that same lifestyle. Assuming that you'll collect no Social Security benefits (plan for the worst and hope for the best!), you will need to have $750,000 saved up for retirement. From the Investor Junkie:

The theory is based on the fact that the historic rate of return in the stock market (since 1926) is somewhere between 8% and 10% per year. That being the case, if you limit your withdrawals to 4% of your portfolio, you will still have at least an additional 4% held in the portfolio to cover inflation, and keep the portfolio growing.

Applying the safe withdrawal rate of 4% to the amount of monthly income that you will need to be able to retire goes something like this:

$750,000 is the amount of money that you will need to have in your retirement portfolio by the time you reach your target retirement age.

So how much do you need to save now to have all that loot later? It depends on your age, but if you've got 45 years to do it, you only need to save $50 per week to make it happen. If you wait just 5 years to start saving, you'll need to save $80 per week -- money favors those with time. So act now or blow it out your tubenblurbles.

The Basics
Taxes
By: Jane Amar

How Much Is the House In "The Notebook" Worth?