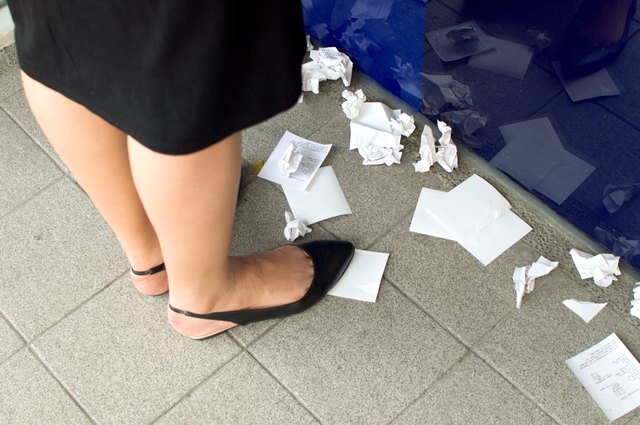 We don't need to name names here, but as a culture, we've just come to accept that sometimes you get a six-foot-long receipt when you buy just a handful of items. It all ultimately seems inconsequential, especially if you chuck those receipts in the recycling bin. (Have those coupons ever been truly useful?) But there's a problem with most of the receipts in stores today, and one state is doing something about it.

This week, San Francisco Assemblyman Phil Ting introduced legislation requiring California businesses to offer customers e-receipts, unless customers specifically request a paper receipt. Before you get up in arms about the nanny state, there's something important to know: Long receipts are annoying, but they're also full of potentially harmful chemicals which have already been banned in baby bottles and sippy cups.

Bisphenol A (BPA) and bisphenol S (BPS) are used in thermal printing, like on most sales receipts, and they've been linked to a host of health concerns, including "an increased risk of breast and prostate cancers, cardiovascular disease, and reproductive and brain development abnormalities," according to Consumer Reports. The BPA in thermal ink doesn't bind to paper very well, so it's both easy and common for it to rub off on everyday objects and get absorbed into the skin, particularly for cashiers who handle it all day. It's not an immediate health hazard — but it's worth taking another look at how we use it.

Meanwhile, if you've been patting yourself on the back for recycling those receipts instead of sending them to the trash, prepare for disappointment. Thanks to the BPA in thermal receipts, we actually can't recycle them. Maybe it's better to ask for a digital receipt after all.

How to Get Receipts for Purchases at a Restaurant

The Basics
Taxes
By: Tara Dooley

How to Get Manufacturers Vouchers for Free Products What Are the Advantages of Using Checks?

The Basics
Saving
By: Hazel Morgan

Recycling Plastic for Cash in Georgia