By now, even people outside of financial technology have heard of Bitcoin, but they may not realize it's only one form of cryptocurrency. Bitcoin is perhaps the best-known brand name, but Ripple is making waves, as well. The newer cryptocurrency has enjoyed tremendous growth in recent years, setting itself up as a top rival for Bitcoin's No. 1 spot. But if you're interested in buying cryptocurrency, there are a few things you should know about Bitcoin and Ripple that may help inform your investment choices. 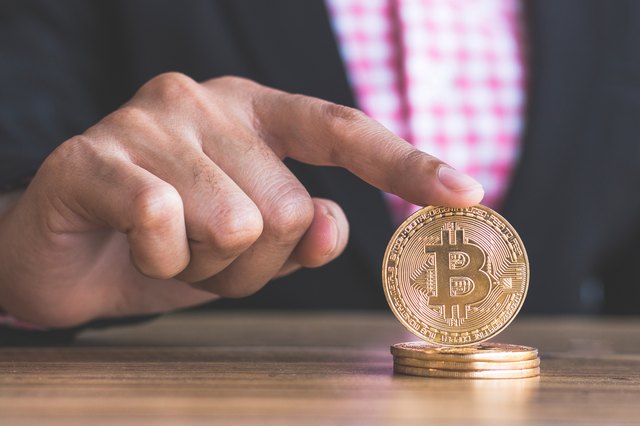 Like Bitcoin, Ripple is built on the distributed ledger network, which tracks fund transfers in one place. Unlike Bitcoin, though, Ripple is backed by a company called Ripple Labs, whereas Bitcoin is controlled by a large group of developers. Ripple was designed for transactions between banks, with the goal of reducing the exorbitant fees that come with trying to transfer money internationally. There also is no need for mining with Ripple, since the entire range of coins were released at the date of launch.

It can be easy to think of bitcoins as actual hard currency that you can hold in your hand. In actuality, it's a snippet of code, called a token, that can be transmitted from one person to the next. All transactions are logged in a central location, called a ledger. Think of that as a spreadsheet. There is a lifetime limit of 21 million bitcoins that can ever be mined, as put in place by the technology's inventor. Coins are gradually released on a regular basis, with purchasing continuing until the day the limit is reached.

In this area, Ripple is the clear winner. The average Bitcoin transaction is $40, but the average Ripple transaction is only $0.004. A large reason for this is demand. Since bitcoins trickle out slowly, there's an illusion of exclusivity, coupled with the fact that Bitcoin is still the best-known name in cryptocurrency.

One check mark in Bitcoin's favor is accessibility. If you have a wallet full of bitcoins, you can spend them at a growing number of online merchants, including Microsoft, Expedia and Gyft. There are also more than 3,000 Bitcoin ATMs located across the world where you can both buy and sell your coins. Here you can cash your bitcoins out and use them to buy whatever you want.

No matter which cryptocurrency type you choose, experts recommend proceeding with caution. There are concerns about security, particularly with fake exchanges and data breaches. Both cryptocurrencies also have limits, which means there will eventually be a time when no new coins can be traded. This could either drive demand, pushing value up higher than ever, or lead consumers to abandon cryptocurrencies altogether. Another option is that the entities behind Bitcoin and Ripple will release more coins, extending the limit, but the uncertainty has experts concerned.

One of the biggest fears about Bitcoin is that eventually the government will crack down on the technology, since it currently lacks regulation. This isn't as big a concern with Ripple, since some of the biggest financial institutions are already behind Ripple Labs. This is a plus for investors who fear that their coins may lose value if cryptocurrency comes under fire.

Transaction times may be a factor if you're still torn between the two. Bitcoin has dealt with complaints about its speed, with the average transaction taking more than an hour to clear. Ripple's requests go through in a few seconds because activity is logged to the ledger in batches, rather than having each transaction added individually.

What You Need to Know About Bitcoin Investment

Could It Be Time to Invest in Bitcoin?