How to Explain Overdraft to an Underwriter

The three to 12 months of bank statements you have to hand over during the mortgage application process are scrutinized by the underwriter to ensure your finances are in order. While overdrafts can happen to even the most financially responsible applicants, lenders generally view non-sufficient funds, negative balances and transfers from overdraft protection accounts as red flags for potential financial issues. In many cases, however, potential home owners can draft a letter containing a satisfactory-enough explanation to quell any apprehensions an underwriter may have. 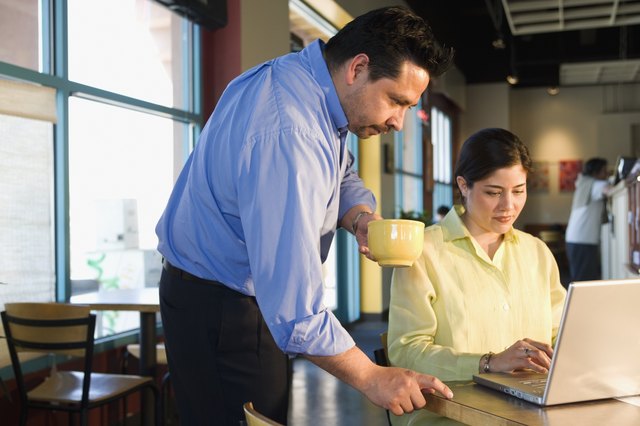 A letter of explanation should be short and professional, encompassing two to three paragraphs. The underwriter is only interested in the facts, so avoid unnecessary details and emotional appeals. You actually only need to include a few bits of vital information to create a satisfactory explanation.

A single overdraft caused by a debit purchase at the grocery store is easy enough to explain as an isolated occurrence of absentmindedness. The same is true for multiple overdrafts caused by the cascading effect of one miscalculation. A simple statement describing exactly what happened to cause the slip-up will suffice in these kinds of cases. Explanations have to be a bit more robust, however, when the overdraft is caused by a bounced check or other missed payment. This goes double if you have several overdrafts spread throughout your statements. In these situations, you'll have to provide a bit more background about the circumstances surrounding the overdraft. For example, you'll need to explain how you became confused regarding the withdrawal date for an automatic payment because it recently changed or forgot to move money from your savings account to your checking before a payment was processed. If you have numerous overdrafts, you'll have to tell the underwriter why your financial situation was so shaky at the time. He is looking for explanations involving things such as unexpected vehicle repairs or medical expenses, so if your overdrafts were due to chronic mismanagement of money, you will have to put forth a good reason why your troubles are behind you in the final paragraph.

How You Reconciled the Issue

Describing the steps you took to resolve the overdraft is another important part of the explanation. Showing that you worked quickly to move money around or otherwise address the overdraft demonstrates that you are proactive in solving your financial slip-ups. If you were able to get the bank to waive the charges as a gesture of goodwill , mention it in your letter to illustrate that you have a good-enough relationship with your financial institution to receive a bit of slack when problems like this occur. Little assurances like this can make the underwriter more at ease about approving your loan.

Why It Won’t Happen Again

You don't want to appear irresponsible or chronically absent-minded, so it's important to explain why circumstances that caused the overdraft won't recur. An overdraft that occurred due to an errant swipe of your debit card is easier to explain than a bounced car payment check, as one could imply a momentary lapse while the other may indicate a problem with paying bills on time. If the overdraft occurred due to something such as a returned bill payment, describe the steps you have taken to shore up your budget and any systems you put in place to assure bills are paid on time.

What Is a Bank Adjustment?

The Basics
Saving
By: Stephanie Faris

How to Cancel a Credit Card Transaction