Legal Guardianship as a Tax Deduction

A legal guardian is a person who has been given official responsibility for another's well-being, according to lawyer Aaron Larson of the Expert Law website. Legal guardians can claim children or incapacitated persons in their care as dependents on their tax returns, although taxpayers must be employed and meet filing status requirements to do so. 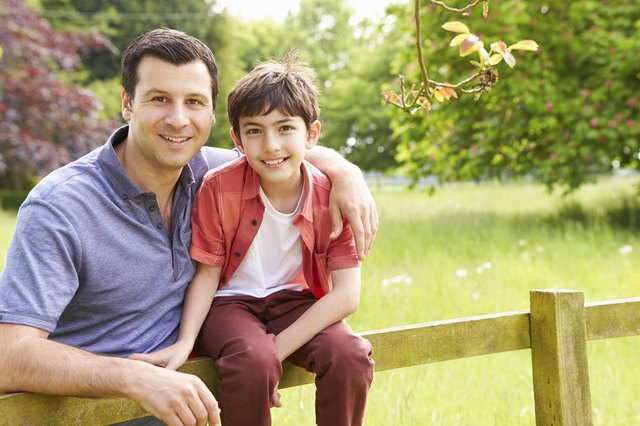 You can't claim to be a guardian of a person on your tax return unless you have been appointed as such by whatever court handles matters in your state, such as a family court or probate court. To be named a legal guardian, you must petition the court, which will review the case and render a decision. If your petition is disputed, the matter will go to trial. Once you've become a guardian, to claim any person as a dependent on your tax return, you must file your return as single, married filed jointly, or qualifying widower or widow with a dependent child, according to the Internal Revenue Service.

Once legal guardianship over a child is established, the guardian may claim the child as a dependent on her federal income taxes. Being appointed someone's legal guardian qualifies a person for a $3,000 tax credit at the time of publication, and having two or more wards qualifies a person for a $6,000 credit. Claiming a person as a dependent on your tax return also qualifies you for a $3,900 exemption.

An adult must meet certain requirements to be claimed as a dependent. Key among these is the "support test." To claim an adult as a dependent, you must be able to prove that you provided more than half of his support for that tax year. if you are a person's legal guardian, his entire well-being is your responsibility, which qualifies him as your dependent. An adult ward qualifies his legal guardian for the same tax breaks as a minor ward.

Income Earned by a Dependent

Being appointed a person's legal guardian does not prohibit that person from earning an income. A person with a legal guardian may have to file income taxes. A legal guardian cannot claim a person as a dependent if that person earns an income that exceeds the amount of his exemption, according to the IRS, unless the dependent is a qualifying child or a relative who is disabled and earns passive income, such as unearned income from interest or dividend payments.

How to Claim Disabled Adults as Dependents on Income Tax Returns

Can a LDS Missionary Be a Dependent on Taxes?

The Basics
Taxes
By: Steven Symes

How Much Money Can a Dependent Make & Still Be Claimed on Income Taxes?

When Can You Claim Yourself as an Independent on Taxes?

How to Become a Conservator