How to Calculate Percentage Devaluation With Currency

A currency devaluation is a serious matter for a nation. It can have many negative repercussions, but it can also make a country's products more competitive against products produced in other nations. For a consumer traveling to a nation where there was a recent devaluation, though, it's a good thing in terms of the financial aspects of travel. Relative to the pre-devaluation of the currency, prices will be cheaper for those exchanging money. When you purchase the devalued currency, you will get more of it per every dollar you exchange. If you are planning travel, or just curious what the percentage change of the devaluation is relative to its prior rate, the percentage calculation is elementary. 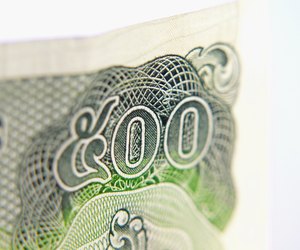 Divide the result by the pre-devaluation figure to get the percentage of the devaluation. Here, 13 divided by 24 is 0.54, indicating a 54 percent devaluation.

How to Convert Mexican Peso to U.S. Dollar

How Many Dollars Is One Pound Worth?

How to Convert Pesos to Dollars

The Basics
Saving
By: Austin Berry