If you're drowning in credit card debt, you might consider trying to settle balances for less than the amount owed. While creditors sometimes grant such settlement requests, expect to have to provide proof of both your inability to pay and any extenuating circumstances that left you in such a position. Several myths are associated with the process, particularly about the role that outside companies can play. 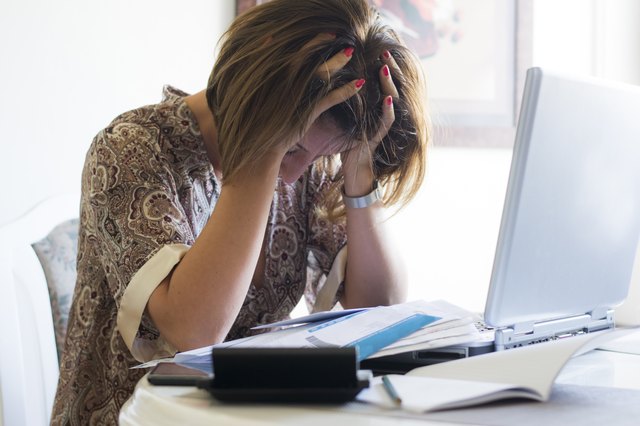 You’ll Pay Pennies on the Dollar

While some find that their bills are cut in half or more, the creditor is under no obligation to do this. Some won't negotiate at all, preferring to use their collection efforts and the legal system to compel payment. Others insist on at least 70 to 80 percent of the amount owed. There's no set formula that tells you how much negotiation will reduce your debt, and you may find that even your best efforts will still result in unaffordable monthly bills.

Credit card issuers don't succeed in the business by forgiving everyone who calls with a sob story about the circumstances that caused them to miss payments. While getting a due date changed or an extension of time to pay may be relatively simple, companies will demand evidence of genuine hardship or inability to pay before forgiving a portion of the balance owed.

It’s Too Hard to Do on Your Own

While it's not simple or fun to settle credit card debt, it's also not a process that requires a lot of specialized expertise. There's nothing that a debt settlement company can do for you that you can't do yourself. If you have evidence of a job loss, medical bills or divorce, for example, calling and telling the creditors of your sudden change in financial status can persuade them to negotiate.

Outsourcing Is the Best Option

Debt settlement companies claim to be able to reduce the amount of money you'll need to pay, but generally they withhold your funds from the creditors while they work out a deal. While you'll be sending your settlement company funds to be placed in escrow, you'll continue to be listed as delinquent on those accounts and companies can still pursue their collection efforts.

While debt settlement companies may tout their ability to reduce the amount of debt you'll have to pay, it won't be the result of any special relationships with creditors. No inside connections will give you a deal you couldn't otherwise achieve. In fact, credit card companies prefer to work with individuals rather than outside firms.

A debt settlement may remove ongoing delinquencies from your credit report but it will replace it with something perhaps more damaging. Settling a debt for less than you owe indicates your credit wasn't managed effectively. When negotiating a settlement, ask that it be reported as "Paid" or "Settled," rather than "Paid -- Charge-off," which is more derogatory.

Even if your credit card bills vanish as the result of a settlement, you'll still have to pay a percentage of what you owed to the Internal Revenue Service. The IRS generally considers forgiven debt to be income. A creditor that settles a $10,000 balance for $5,000 likely will write off the loss on its corporate taxes and file a 1099 form with that forgiven balance in your name. When it does, that cancellation of debt is subject to taxation.

Bankruptcy isn't something to declare lightly, as it negatively affects your credit score for the better part of a decade. That said, credit card companies know that their leverage erodes once a delinquent customer declares bankruptcy, so if they see it as a realistic threat, they may be more willing to deal. Expect those collecting for credit card companies to emphasize your moral obligation to pay in an effort to distract you from your legal options.

How to Beat a Credit Card Lawsuit

The Basics
Debt
By: Contributing Writer

How Do I Settle a Judgment?

What to Do When Being Sued for Credit Card Debt

How to Legally Erase Credit History

How to Negotiate a Credit Card Payoff