Pennsylvania has granted local school districts and cities the right to raise funds by levying their own taxes. Pennsylvania Act 511 of 1965, also called the Local Tax Enabling Law, allows local municipalities and school districts to raise their own revenue by taxing areas of life and business not already taxed by the state government. As a result of Act 511, Pennsylvania now has a wide variety of taxes, some of which are unique. 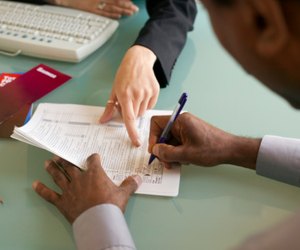 Pennsylvania has a wide variety of local taxes authorized by Act 511.

Act 511 governs the taxes that school districts and municipalities are allowed to levy. Schools and cities must chose from a menu of 10 allowable taxes listed in Act 511. In some cases, a maximum allowable tax rate is also mandated by Act 511. For example, the maximum rate for earned income tax is one percent. If a school district and a municipality both levy the same tax, they must share the proceeds equally. The Act 511 taxes are referred to by critics as nuisance taxes, as they are felt to be a nuisance to collect and a nuisance to pay.

Changes to the Act

Act 511 has been modified since 1965 by the passage of new laws. For example, Act 50 of 1998 gives school districts the option of raising the earned income tax rate to 1.5 percent if they agree to eliminate the occupation, occupational privilege and per capita taxes. Act 222 of 2004 allows school districts and municipalities to exempt people earning less than $12,000 a year from paying the occupation privilege tax (and also changed the name of the tax to Emergency & Municipal Services Tax). Act 72 of 2004 forced school districts to chose between levying a personal income tax and an earned income tax.

There are many complaints about the profusion of taxes allowed in Pennsylvania. Some people, such as the members of the Scranton-Lackawanna County Taxpayers & Citizens Association, Inc. argue that many of the taxes are regressive since they take up a larger proportion of the income of poor people than of the better-off. Some of the taxes cost more to collect than they take in or are reliant on an honor system. For example, the personal property tax relies on homeowners reporting the correct value of their mortgage. Some of the local taxes, such as the amusement tax or the property tax, do not grow as the economy grows, so they cannot raise additional revenue unless their rates rise regularly. As the rates were set by Act 511, the local taxes no longer collect enough revenue to support local schools.

What Is the Difference Between Progressive, Regressive & Proportional Taxes?

The Basics
Taxes
By: Herb Kirchhoff

How Are School Taxes Calculated?

The Basics
Taxes
By: Timothy Bodamer

What Are Some of the Highest Taxed Items?

The Basics
Taxes
By: Helen Harvey

What Are Internal & External Taxes?

The Basics
Taxes
By: Tyler Lacoma