When Did Taxes Start? 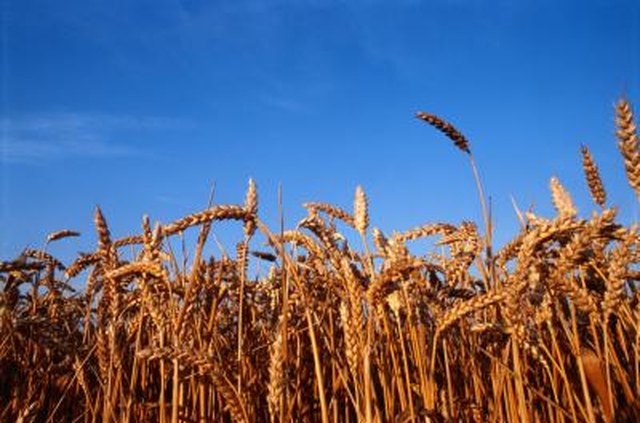 Grain, one of the first taxed products.

According to "A World History of Tax Rebellions," the earliest tax was the corvee in 594 B.C. China. It required peasants to pay overlords for the land they farmed in labor when they couldn't pay land tax with money. Taxing the land led to taxing what the land produced. Egyptian art suggests the pharaohs taxed grain around 2390 B.C., while written records indicate China taxed it in 408 B.C. By the 14th Century, when the word "tax" entered the English lexicon, England taxed property based on a person's ability to pay.

As commerce increased, duties on merchandise called tariffs were introduced, first in Syria's Palmyra region, in A.D. 136. By the 1800s, the British government imposed tariffs on a long list of goods including newspapers, raw materials and tobacco. It also introduced a tax on documents called the stamp tax. In colonial America, customs duties raised enough money for local governments in general. However, the colony of Virginia introduced a poll tax, or tax on males, in 1619.

Wars created the need for income taxes. England funded the War of 1816 in part by taxing what clergy, office holders and military officers made. The U.S. first taxed personal income in 1861 as part of the effort to pay for the Civil War. Business taxes didn't come along until 1894, just ahead of the Spanish-American War. Congress used authority granted by the 16th Amendment to the U.S. Constitution to increase taxes for World War I. During World War II, England and the U.S. introduced payroll deduction, which ensured a steady flow of revenue.

According to a CNBC-KPMG 2012 survey, all but 10 nations rely on income tax for revenue. However, at least 160 countries had adopted a value-added tax, or VAT, which originated in France in 1948. The U.S. doesn't have VAT, but 43 states impose a state income tax, while 45, plus the District of Columbia, have a state sales tax as of publication. Governments also collect special taxes such as the Social Security, Medicare and unemployment taxes. Customs duties and real estate taxes remain part of contemporary taxation worldwide.

Which Presidents Have Raised Taxes?

The Basics
Taxes
By: Christian Fisher

When Did Federal Income Taxes Start?

How the Government Shutdown Could Affect Tax Season

Types of Taxes in Uganda

The Basics
Taxes
By: Caitlin Wasley

The Advantages of Taxes

The Basics
Taxes
By: Dennis Hartman