The Advantages of Taxes

Taxation is one of the essential functions of government, and a fact of life for taxpayers that requires compliance and planning. Income tax, property tax and sales tax all reduce how much money consumers have to save or spend. Business taxes place some of the burden on commercial enterprises, but whatever the source, tax dollars go toward some of the same purposes. 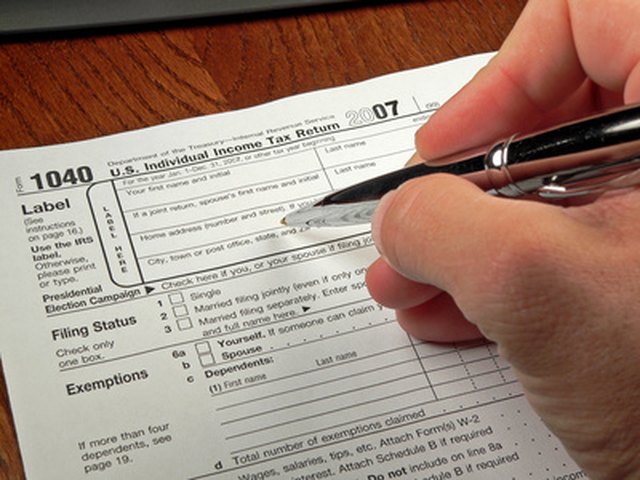 Federal income taxes are an annual responsibility for many.

One of the most basic advantages of taxes is that they allow the government to spend money for basic operations. Article I, Section 8 of the U.S. Constitution lists reasons that the government may tax its citizens. These include to raise an army, to pay foreign debt and to operate a post office. By funding military and security forces, taxes keep Americans safe. Government administration, which does everything from passing laws to promoting national policies, wouldn't exist without the tax money needed to meet expenses.

Taxes also redistribute wealth between taxpayers and individuals who receive government assistance. Taxes like the federal income tax are progressive taxes, which means that wealthier taxpayers pay a higher proportional amount in taxes. For those who support progressive taxation, this type of tax helps promote greater economic and social equality in society. The benefit here is that the wealthiest taxpayers help pay for programs that support lower-income and middle class citizens, while also contributing to the basic services that all taxpayers have equal access to. These are the same programs and services that make it possible to achieve wealth in the fist place.

Some taxes only apply to certain products, which has the advantage of reducing or discouraging consumption. For example, state taxes that apply to alcohol and cigarettes help to moderate their use. Cigarette taxes also fund anti-smoking campaigns which benefit the public health. State gasoline taxes help reduce the demand for gas and keep the international demand for oil in check, while also protecting the environment from overconsumption.

State and municipal governments, like the federal government, rely on local income and sales taxes for their basic functions. Other local governments charge property taxes as well. These bodies, which may include states, cities, counties, school districts and fire districts, fund everything from fire departments and road construction to public schools through the taxes property owners pay each year. Municipalities can also encourage population growth by lowering tax rates, which can be an advantage for the local economy.

Taxes also give voters and taxpayers the ability to select and fund special projects that they feel their communities need. This is the case when voters cast a ballot for or against a special proposition or ballot measure that includes a temporary tax increase to fund a specific project. Public transportation, infrastructure and school improvements are some of the programs that a ballot measure may ask voters to consider.

What Services Do Our Taxes Pay For?

The Basics
Taxes
By: Nicole Long

What Is Sales Tax Used For?

The Basics
Taxes
By: Karen Farnen Why Are Taxes Collected?

The Basics
Taxes
By: Arthur Barnhouse

The Pros & Cons of Regressive Taxation