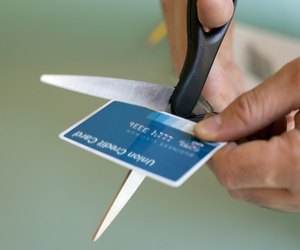 Individuals and businesses have a range of debt options available to them. Individuals can take personal loans from friends and family, or formal loans from banks and credit unions. Personal credit cards are also a form of debt, as are payday loans and cash advances. Different forms of private debt feature different interest rates and fee structures, ranging from virtually nothing for loans from family to as high as 60 percent effective interest for retail payday loans. Private businesses have additional options available to them, specifically bonds. Bonds are formal debt instruments used between corporations and private investors to obtain capital outside of banks or other lending institutions.

Public debt can be accumulated by a government agency at any level, including the federal government, state governments and municipalities. Different levels of government use debt for different purposes. The federal government uses debt to fund national public-service programs such as unemployment benefits and emergency bailouts. State and municipal governments use debt mainly for infrastructure development and maintenance to ensure the state's roads, highways and other vital public assets are in good condition. Public debt can also arrive from a range of sources. The most common forms of public debt are government bonds, in which a government entity borrows money directly from individual citizens and businesses in the country, and sovereign debt, in which one nation borrows money from the central bank of another nation. The largest sources of debt for governments are generally their debts to each other.

When a person or a private business uses debt, it is placing a burden on itself to repay the funds, with interest, in the future. Taking on private debt requires borrowers to assess their income and expenses to determine whether they can easily repay the funds. Public debt, on the other hand, is incurred by a small number of people on behalf of the public at large.

Both public and private debt can be used strategically. Individuals and businesses can use debt to build their credit reputations in anticipation of large purchases, such as real estate transactions, in the future. Companies also can use debt to fuel growth strategies designed to boost income and profit, which can more than make up for the extra interest expense. Governments can use debt to finance emergency response initiatives or to provide needed public services that raise citizens' quality of life and increase their access to reliable jobs. Using debt to financing job-related initiatives can have the same effect as debt-financed company growth plans: If more more people have a steady income, it will be easier to repay the debt and boost gross domestic product.

The Basics
Saving
By: Tamara Wilhite

What Is the Difference Between Debt & a Bond?

What Is a Debt Investment?

Definition of Book Value of Debt

How to Calculate Debt From GDP Numbers