How to Calculate the Market Value of a Firm's Debt

For most companies, part of the cost of doing business includes carrying debt on the books. Borrowing money is a way for these companies to have the capital they need for funding new startups or expanding existing operations. But this debt is viewed differently on in-house balance sheets and open-market valuations. A company's market value of debt is calculated differently than the actual debt that its balance sheet may reflect. 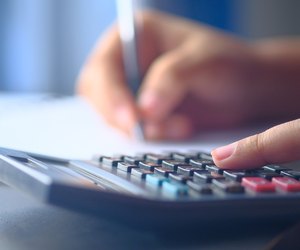 How to Calculate the Market Value of a Firm's Debt
credit: Towfiqu Photography/Moment/GettyImages

A company's market value of debt represents the price of its debt that market investors would be willing to purchase. This amount is different than the actual book value of its debt that is shown on the balance sheet. And the reason for the difference is that all of a company's debt is not publicly traded, such as bonds, so it's difficult to place a specific market value on a nontraded debt, such as a bank loan.

For calculating using the bond pricing method, the market value of debt formula is:

By plugging these numbers into the above equation from an example given by the Corporate Finance Institute, the company's calculated market value of debt is $573,441.15:

Calculating the market value of a firm's debt helps determine its cost of capital. The calculation is useful for estimating future projections for financing its growth and funding its ongoing operations. By crunching these numbers, the company hopefully won't come up short of financial expectations, and its budgeting will more closely align with actual market constraints instead of leaning too heavily on the strictly-by-the-books numbers.

Calculating the market value of a company's debts helps the company make informed financial decisions instead of relying on sentiment.

How to Calculate Unlevered Cost of Capital

How to Calculate Hurdle Rate in Excel

How to Find Total Equity on a Balance Sheet

How to Calculate Unlevered Beta

How to Get the Principal Payment From Financial Statements