When to Report an Accident to Your Insurance

After a car accident, safety is a higher priority than calling your insurer. Once you're safe, you can think about alerting your insurance company. While there's some leeway in how long you have to report an accident, doing so as soon as possible allows the company to best investigate what happened, and could leave you in a better position if the other driver contests your version of events. 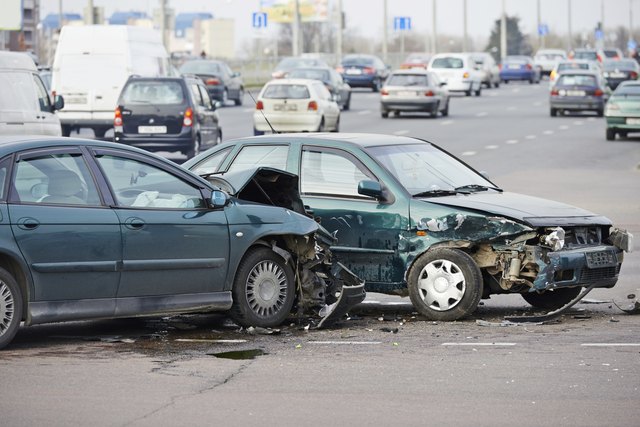 Once you're safe, there are immediate steps to take before your insurance call. If there was another driver involved in the accident, exchange names, insurance information and phone numbers. If anyone was obviously injured, get their names. Ask any witnesses for their names and phone numbers too. Consumer Reports recommends you snap pictures of the damage as well. When you finally deal with your insurer, you'll need this information.

Once you have the necessary information, call your insurer as soon as you can. Your insurer will have a lot of questions about what happened, what the traffic conditions were and the sequence of events. The sooner you make your report, the less chance you have of misremembering things and the easier it will be for your insurance company to conduct its own investigation if necessary. If the police are involved and want an accident report, file that first. The information in the report will be an important part of the claims process.

If the other driver was clearly at fault, it may seem logical his insurer will pay. Even if the driver accepts the blame, though, contact your own insurer. The driver could change his mind, or his insurer may overrule him and refuse to pay you anything. If you report the facts promptly to your own insurer, it can reimburse you and then go about collecting from the other company.

If the crash was serious, you may be too shaken or worried to think of calling your insurer right away. Not to worry: waiting a week doesn't cause your policy to lapse. Insurers do set limits on how long you can wait before filing. One year after the accident would be a normal deadline for filing a damage claim, but sooner is better.

Don't just assume that you can still file a claim if you wait a year -- read your policy and see if it gives you a deadline. If not, ask your state department of insurance if state law sets a time limit. Also find out whether are deadlines for suing the insurer if it doesn't play fair. A policy may, for instance, set a deadline of a year after the accident for you to take any legal action.

Can an Insurance Company Drop You at Any Time?

The Basics
Cars
By: Penny Clark

What Happens If I Don't Report an Accident to My Auto Insurance Company?

What Is Uninsured Motor Vehicle Insurance?

The Basics
Cars
By: Faith Davies

How To Determine Fault for Any Car Accident