How to Cancel an Insurance Claim

If the worst happens, then it's good to know that you're covered by insurance. Most insurers work really hard to make the auto or homeowners insurance claims process easy for policyholders, and a payout can take away some of the financial strain. Filing a claim is not without consequences, however, and there are some things to think about before you decide to cancel your claim. 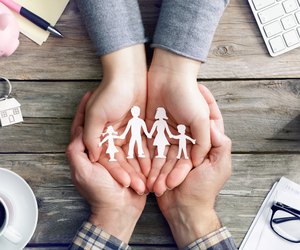 Can You Cancel Insurance Claims?

The short answer is yes, usually you can cancel an insurance claim. The insurance company might even appreciate it since it means the insurer doesn't have to pay out. There are plenty of good reasons to cancel a claim. For instance, you might discover that the damage is less than expected and that you can repair it yourself at a minimal cost.

The medium-sized answer is that it depends on the terms of the policy. If you take a typical auto policy, for example, one of your obligations as the policyholder is to notify the insurer whenever you have an accident. You don't have to make a claim, but you typically have to tell the insurer what happened. The incident will get recorded in the insurer's systems. If another party was involved, then the insurer may hear about the accident through the other driver's insurer. Always read the fine print so you know where you stand.

This brings us onto the long answer. While most times it's possible to cancel, there are some scenarios where it's not possible to cancel an insurance claim. If you are the at-fault driver in a car accident, for instance, then the claim has to stay open until it's resolved with the other side. This could take several weeks or months, especially if the other party reported injuries and is seeking medical treatment. You may be able to cancel the claim to repair your vehicle, but the claim for personal injuries will stay open until the other person has completely recovered.

What Happens After Filing Claims?

When you file an insurance claim, it's usually because there's been an incident that has caused you to suffer some type of loss such as property damage or personal injuries. By filing a claim, you start the process of getting back what you have lost.

Claims are not entirely cost-free to the claimant, however. Most policies have a deductible, which is the amount you must pay out-of-pocket before the insurance kicks in. For instance, your auto policy may have a $500 deductible, which means you have to cough up the first $500 worth of damage. Policies with a high deductible can a be a money saver – as a trade off for more out-of-pocket, you get a discounted rate.

There's also the possibility that your premium will go up after making a claim. Regardless of whose fault the incident was, filing a claim almost always will lead to an increase in your insurance premiums. Accidents that aren't your fault should result in a lower increase than at-fault claims, but you cannot assume there will be no impact on your premium.

With all that in mind, it's easy to see why some people change their minds about pursuing a claim after they've filed the paperwork.

Why Cancel a Claim?

There are several reasons why you may wish to cancel a claim. Here are some of the more popular ones.

If You Withdraw your Home Insurance Claim, Does it Still Count as a Claim?

There's another reason why someone might choose to cancel a claim, and that's because they do not want the claim on their record. This is not a good reason to cancel a claim. From the moment you file a claim, the claim is logged on the insurer's computer system, and it also gets reported to the CLUE Database. CLUE stands for Comprehensive Loss Underwriting Exchange, and it contains details of every claim you've made in the last seven years. The report stays on the system even if you later withdraw the claim.

The significance of CLUE is that insurance providers can and do check the database before making an underwriting decision. So if you're thinking of withdrawing your claim just to keep a clean record, in the hopes of keeping your rates low and maintaining your claims-free discount, think again. The fact that you had an accident (auto insurance) or suffered property damage (homeowner's insurance, landlord's insurance, contents insurance, travel insurance and so on) is still interesting to insurers, because they work on the assumption that someone who has made a claim before is more likely to make a claim in the future.

It doesn't matter which type of insurance is affected or that the claim was canceled and resulted in a zero payout. The fact that you had a reason to file a claim may be enough to impact your premiums in the future. Some insurers will do the honorable thing and not raise your rates after a canceled claim – but others will. Even if you switch insurers, the new provider will look at CLUE to examine your insurability.

How to Cancel Insurance Claims

The hardest part is deciding whether to cancel a claim. If you decide that cancellation is the right option for you, then the next part is easy. All you have to do is call your insurance company and tell them you wish to cancel the claim. Depending on the insurance company, you may have to write a letter or fill out paperwork to confirm you want to cancel.

The Basics
Debt
By: Robert Lee

How to Check the Status of a Claim

How to Find Out If My Disability Claims Have Been Approved

Do Claims Raise Your Premiums on State Farm Car Insurance?

How to Check on Unemployment Claims in New Jersey

The Basics
Insurance
By: Gail Sessoms