Can a Debit Card Transaction Be Reversed?

A debit card is a card that can be used to make purchases by drawing money from a checking account. Unlike a credit card, in which money is drawn from a line of credit, a debit card takes money that has already been deposited in an account. While a debit card transactions is legally binding, transactions can be reversed under certain circumstances, such as when fraud has occurred or a mistake has been made. 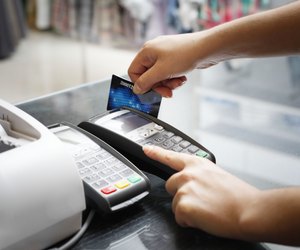 Can a Debit Card Transaction Be Reversed?
credit: klaptoman/iStock/GettyImages

Checking accounts are accounts, usually held with banks, in which money is deposited. This money can then be withdrawn, either directly from the bank or through debit cards, which allow retailers to wire money from the card holder's account to another account. When a debit card transaction goes through, money is taken out of one account and placed into another account. To reverse the transaction, the money must be wired back.

A debit card transaction is legally binding. When a card holder pays for a purchase with a debit card, he will generally either sign a receipt authorizing the transaction or enter a personal identification number. In either case, the card holder is giving the retailer and his bank legal permission to move the money. So to reverse the transaction, it must be done with the retailer's permission and in accordance with laws and bank policies regarding the use of debit cards.

Why Do Credit Cards Take So Long to Refund?

What Is Debit Card Preauthorization?

Can You Cancel a Pending Transaction on a Debit Card?

What Is the Limit of Overdraft on Checking Accounts?

How to Cancel a Bank Transaction