The Earned Income Credit (EIC) is a tax law that was started in 1975 to help low- and moderate-income families and individuals offset the costs of Social Security taxes. The EIC was also planned to help encourage people to work, so it can only be claimed by individuals who have some sort of earned income, whether they have qualifying children or not. 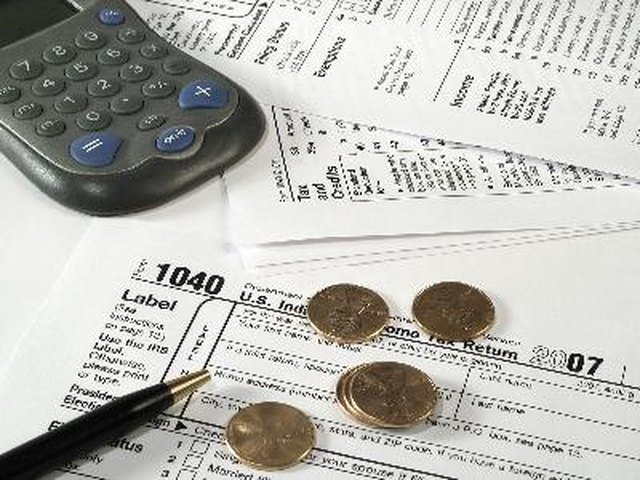 The EIC is a tax credit for qualifying families and individuals with or without children.

If you have earned income from working at a job or running your own business, you can qualify for the EIC deduction. Income from a nonwork source, such as long-term disability or union strike wages, can also qualify, but unemployment, alimony and child support are not considered forms of earned income.

A 17-year-old daughter can be claimed for the EIC on your taxes, as long as she is your biological, adopted or stepdaughter and as long as she lived with you in the United States for at least six months of the tax year for which you are claiming her.

The EIC can only be claimed by people who are at or below a specific income level for the year. These levels adjust annually, so be sure to check the current guidelines when preparing your tax return for the current year. For the 2010 tax year, earned income and adjusted gross income cannot be above $35,535 with one qualifying child or $40,545 if you're married, filing jointly.

There is a maximum amount of credit that you can receive with the EIC, and this also varies from one tax year to the next. For the 2010 tax year, claiming one 17-year-old child can make you eligible for a maximum of $3,050.

How Long Can You Claim Your Kids on Your Taxes?

What Are the Guidelines for Earned Income Credit?

Can You Claim Preschool Tuition on Your Taxes?