Karnataka is a state located in south west India, previously known as Mysore. To increase income used to fund government projects, the government of Karnataka introduced the Karnataka Tax On Luxuries Act in 1979. The tax on luxuries applied to hotels and lodging houses, and other places of recreation, including health clubs and marriage halls where hotels provide these facilities for guests. 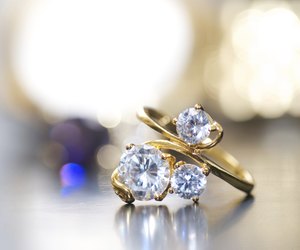 If a hotel includes a health club facility, available to guests, then this is taxed according to Chapter II, section 3 of the act. This tax applies to other facilities, including beauty parlors, conference halls and swimming pools, The tax only applies if the hotel charges guests for the use of these facilities. The tax is set at a rate of 20 percent of the cost of using the facilities. If it costs 100 rupees to use a health club facility, 20 rupees is added to the cost, so that the guest pays 120 rupees. Where the charge to use a marriage hall is greater than 2,000 rupees per day, the hotel must include tax at 15 percent to the fee paid for using the hall.

A tax applies to the sale of luxury items, according to Chapter III of the act. Luxuries are listed in a schedule and different items attract different tax rates. A 2 percent tax must be added to the cost of silk fabrics, while cigarettes attract a tax of 4 percent. A 12-percent tax applies to all electric and electronic goods, including photographic and video cameras. The luxury tax does not apply to items that are sent out of the state, and if tax has been paid on items, according to the Karnataka Sales Tax Act of 1957, the luxury tax does not apply to those items.

What Is the Tax on Restaurant Food in Illinois?

What Items Are Sales Tax-Free in Florida?

The Basics
Taxes
By: Melissa Heath

Is Property Tax Paid on a Condo in California?