Can I Work Part Time & Collect Unemployment in Illinois?

When you're out of work temporarily or seasonally, unemployment insurance can help you get through it without going completely broke. It only replaces part of your lost income, though, so you may need to pick up some part-time hours to help you over the hump until a full-time opportunity comes along. The state of Illinois lets you do that without losing your claim to benefits, but only within limits. 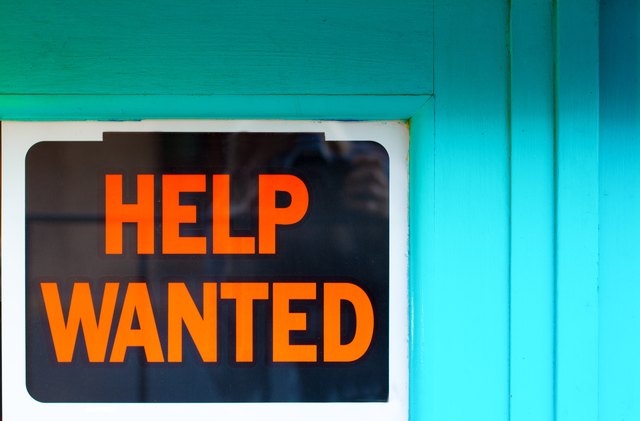 Start With Your Weekly Benefits

The amount of part-time income you can earn is based on your weekly benefits, so start by gathering up your pay stubs and then going to the state's online Table of Weekly Benefit Amounts. Benefits are calculated on how much you earned during the two best quarters of the past year, so scroll down the table until you reach your total earnings for those two quarters, and then follow that line to see the weekly amounts. If you'd earned $800 per week, for example — a bit below the statewide average — you'd be eligible for base benefits of $376 per week. You could claim an extra $72 per week for a non-working spouse, and an extra $140 a week for a dependent child, but the amount of part-time income you can earn is calculated from the base amount alone.

How the Calculation Works

You're allowed to earn up to 50 percent of that base benefit amount before it affects your benefits. In this case, that would mean up to $188 in part-time income. If you go over that, the math — as it's explained by the state — becomes a bit more involved. First, subtract that $188 from the amount you actually earned. Take the amount that's left over, and subtract it from the $188. Finally, round that up to the nearest dollar if necessary. A simpler way to say it is that you can earn up to 50 percent of your weekly benefits, but every dollar you earn over that amount is a dollar that comes out of your benefits.

Ideally, you'd be able to work exactly enough hours to earn 50 percent of your weekly benefits amount, and no more. Your earnings for any extra hours will be clawed back by the state, so you're essentially working for free, and you could be spending those hours looking for a permanent position instead. Unless you have an unusually sympathetic and flexible boss, that's not likely to happen in the real world. Part-time employees are hired to work when they're needed and as they're needed, so you're likely to either earn less than you'd like or more than you really want to earn.

Do You Have to Pay Income Tax on Social Security Disability?

How Much Do You Get for Unemployment if Your Salary Is $35,000 in New York?

Do I Have to File for Unemployment in Kentucky if I Worked in Kentucky But Live in Indiana?

The Basics
Debt
By: Jamie Lisse

How Much Can I Make Before I Have to Pay Income Taxes on My Social Security Benefits?