Can a 1099 Subcontractor Have Wages Garnished?

Employees who don't pay their debts are in danger of having their wages garnished. As they don't have employee status, independent contractors and self-employed individuals normally aren't subject to wage garnishment. However, these individuals can have bank accounts and expected business income garnished, which can be an even worse scenario. 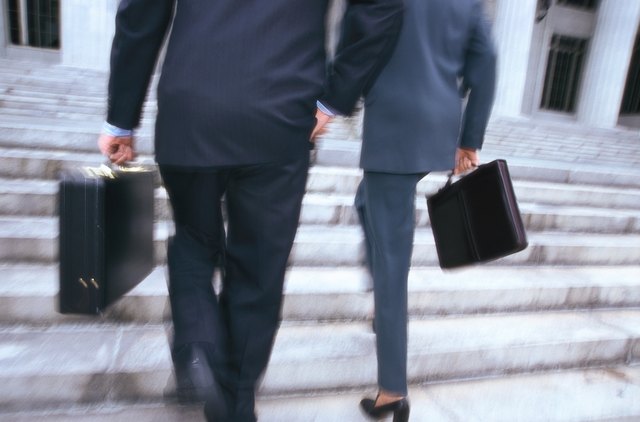 A creditor must obtain a court judgement in order to garnish your wages or levy your assets.
credit: Stockbyte/Stockbyte/Getty Images

Creditors that aren't paid back often are able to obtain a wage garnishment against individuals, and therefore receive money directly from an employee's paycheck. This takes place until the debt is repaid. The federal government requires that wage garnishments be less than 25 percent of the individual's disposable income. In this context, disposable income means gross income less taxes and other mandatory deductions.

Since 1099 contractors are not technically employees, creditors usually can't garnish their wages. However, that doesn't mean that contractors get off scot-free. According to AllLaw.com, creditors also can request a non-wage or non-earnings garnishment. Non-wage garnishments typically are a one-time withdrawal of assets from your bank account based on current account balance and expected business income.

What Happens When You Quit Your Job & You Have Wage Garnishments?

The Basics
Debt
By: Jackie Lohrey

How to Calculate Gross Pay to Net

The Basics
Saving
By: Jeannine Mancini

How to Remove a Levy from a Bank Account