What Is a Surety Bond for Jail?

When people are arrested on suspicion of a crime, they don't necessarily have to stay locked up until trial. A judge may allow them to leave jail as long as they deposit a sum of money with the court. If they don't have the money, they can obtain a surety bond. When you see in the news that someone got out of jail "on bond," it's a surety bond they're talking about. 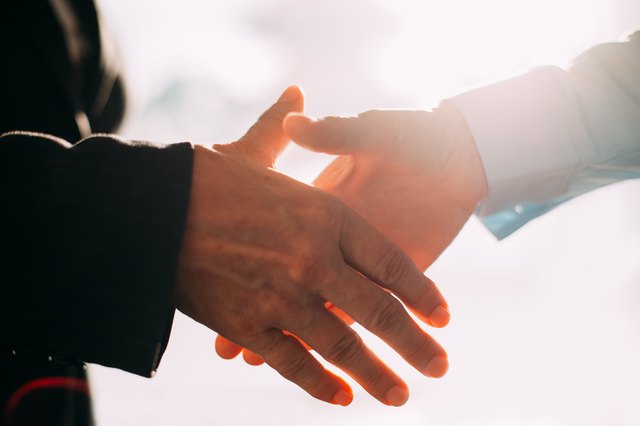 What Is a Surety Bond for Jail
credit: MangoStar_Studio/iStock/GettyImages

In the event you're arrested for a crime, a judge will decide whether you must remain in custody until trial. If you're considered dangerous or likely to flee to avoid trial, you can expect to remain in jail. Otherwise, the judge will allow you to go free on the condition that you return to court when necessary. To make sure you return, the judge likely will require you to "post bail" — that is, deposit a sum of money with the court. If you don't appear in court, you lose the money.

People who can't come up with enough money to post bail don't necessarily have to stay in jail. They can obtain a bail bond, which is a type of surety bond. Surety bonds essentially are insurance policies: If you fail to fulfill an obligation to someone, the bond provider promises to pay that party a certain amount. In the case of a bail bond, the bond provider, or "bondsman," is pledging that if you don't appear in court as required, he will pay the court the full bail amount.

Generally speaking, courts accept bail bonds only from providers licensed by the state. To get a bail bond, you — or someone acting on your behalf — must pay the bondsman a percentage of the bail amount up front. This percentage is set by state law, but typically ranges from 10 percent to 15 percent of the bail amount. So if your bail is $1,000 and the fee is 10 percent, you'd pay $100 to get your bond. The bondsman then pledges to the court that you will either show up as required, or the bondsman will pay the full $1,000. The court accepts the bond, and you get to leave jail.

If you show up for your court appearances like you're supposed to, your bond remains in effect for the duration of your case. Once the case ends — with a conviction, an acquittal or the charges being dropped — the bondsman is released from his obligation to the court. You don't get your fee back, though. That fee is the bondsman's payment for his services and for the risk he assumed in promising to pay the full bail amount if you'd failed to appear.

If you don't show up for court — known as skipping bail — the court will rule the bond in default, and the bondsman will have to pay the full bail amount. Bond providers can avoid this cost by asking for time to track you down and have you arrested. Some states even license "fugitive recovery agents," also known as bounty hunters, specifically authorized to find and arrest fugitives who skip bail. Once you're arrested for skipping bail, you go back to jail, and it's unlikely you'll have a chance at bail again going forward.

What Happens if I Don't Finish Paying a Bondsman?

The Basics
Taxes
By: Kalen Smith

What Happens After You Bail Out With a Cash Bond?

The Definition of a Bond Forfeiture Warrant

What Is Bail Forfeiture?