Federal regulations don't limit the amount of money you can withdraw from your bank account in a visit. Individual banks, however, may have rules that govern daily limits for various types of accounts. In addition, cash withdrawals over a certain limit draw more scrutiny than an ordinary transaction and require your bank to report the amount taken out of the account. 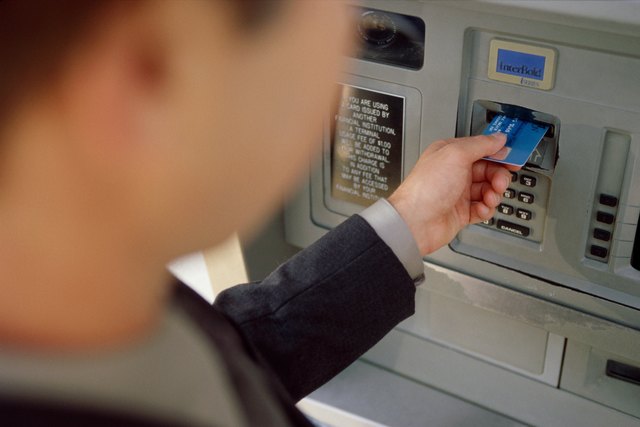 Banks may not have enough cash in the vault to cover large withdrawals.
credit: Purestock/Purestock/Getty Images

Note to the IRS

The Bank Secrecy Act of 1970 requires banks to report deposits or withdrawals of more than $10,000 to the Internal Revenue Service. It also has to report when customers exchange cash for a negotiable instrument exceeding that amount -- for example, if you have to bring in $20,000 in cash to get a cashier's check for a settlement on your house, the bank reports that transaction. This is designed to prevent money laundering. Banks also have to report suspicious activity even if it falls below that threshold. If you've never withdrawn more than $100 at a time and suddenly need to deplete your balance by $8,000, that information is passed along.

Practical considerations also govern withdrawal limits. Banks don't have enough cash on hand to equal the amount of deposits, so you may be limited in how much you can take out if your request depletes the amount of notes in the facility. Some banks require seven days' notice for large withdrawals, giving them the chance to import the necessary bills if needed. In addition, an automated teller machine may only be able to dispense a limited number of bills at once. Bank of America, for example, notes that its ATMs can dispense a maximum of 40 bills at one time.

Federal Regulation D limits automatic or preauthorized transfers from your savings or money market accounts to six per month. This includes online transfers. If you've already scheduled six transfers per month from your money market account to your checking account and want to add a seventh, it will be denied on that basis. You'll be able to get your money, but you'll have to go to the branch to move the funds into the correct account.

Individual banks and accounts have their own transaction limits, which are covered in your account agreement. Accounts with a minimum balance requirement may not let you fall below that amount, even though it's effectively prohibiting you from accessing your money. Others have daily transaction limits that won't let you spend more than a specified amount on withdrawing cash or making purchases. You might only be allowed to withdraw $300 at a time and $500 per day, for example. You may be able to get such limits increased or eliminated by contacting your bank.

Why Won't My Visa Debit Card Let Me Take Money Out of the ATM?

Do ATM Machines Have a Withdrawal Limit?

The Basics
Saving
By: Dani Arbuckle

How to Withdraw Money With an Account and Routing Number

The Basics
Saving
By: Steven Melendez