What Is a Mortgage Clause?

If something happens to your home, unless it's paid in full, the lender that holds your mortgage will have a vested interest in what happens next. For that reason, most homeowner's insurance policies will have something to protect the mortgageholder, known as a mortgage clause, mortgagee clause or loss payable clause. When you have a claim on a home that still has a mortgage on it, any claim checks will usually be made out to both you and your lender, which means you'll have to work with your mortgage company to get the funds released. 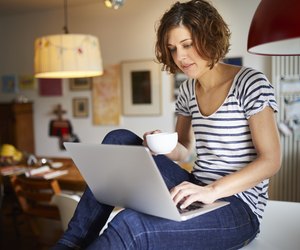 What Is a Mortgage Clause?
credit: Westend61/Westend61/GettyImages

What Is a Mortgage Clause?

Typically, insurance is designed to cover the person who holds the policy. However, there are instances, such as a mortgage, where a third party has an interest in the property on the policy. For that reason, a mortgage clause is built into property insurance that ensures the financial institution, also known as the mortgagee, is taken care of in the event of a claim.

Who Is the Mortgagee?

In the case of a mortgage clause, it's important to define mortgagee versus mortgager. You may think of yourself as the mortgagee, since you're the holder of the mortgage. However, as far as insurance companies are concerned, the person lending you the money is the mortgagee and you are considered the mortgagor.

What does that mean for you? If you have a major claim, such as a devastating flood or fire, your homeowner's insurance will be answerable to the mortgagee, which is the lender who gave you the money to buy the house, as well as you, the mortgagor and policyholder. The loss payable clause stipulates that any check issued to you as the claimant will also have the name of the lender on it to protect the best interests of all parties.

Who Is the Loss Payee?

If you have extensive damage to your home and you fully own the home, there is generally no question as to where the payout will go when you file a claim. However, if you have a mortgage for, say, $250,000 of the $300,000 in value on your home, the lender has far more invested in your home than you do. In that instance, it's understandable that the loss payable clause protects the lender.

If a fire wipes out your entire house, the mortgage company assumes you'll get in touch and let them know immediately. If you decide not to, though, the insurance claim will generally prompt you to contact your mortgage company. Since the lender's name is on the check, it must release the funds before you can have them, which forces you to work with your lender to make sure things are handled to its satisfaction.

Getting the Funds Released

When you define mortgagee for the purposes of an insurance claim, the lender is primarily named for a reason. But this doesn't mean you can't get your funds. You'll simply need to work with your lender to determine what you need to do to get the funds deposited in your account so that you can begin paying for the repairs you'll need to make.

The first thing you should ask the lender that the insurance company defines as mortgagee is how your funds will be issued. In some cases, you'll get them as a lump sum, but often, they'll be issued in installments. The mortgage company wants to make sure you're using the insurance money to repair the property rather than simply taking the check and abandoning the property, so if there's a delay, it's simply the mortgagee protecting their interests.

Do I Have to Rebuild for My Insurance to Pay?

What Is an Absolute Assignment?

The Basics
Insurance
By: Tim McMahon

How Do I Cash My Insurance Check if It Is Written Out to Me & My Lien Holder?

The Basics
Cars
By: Michelle Dwyer

Do You Have to Have Homeowners Insurance?

What Is Property Indemnity Insurance?