How to Calculate LIBOR

LIBOR stands for London Interbank Offered Rate and it is the interest rate at which banks lend money to each other. It is produced daily by the British Bankers' Association (BBA) in London. The rate affects mortgages, student and small business loans. Libor is calculated for 10 major world currencies at 15 maturities each, so when calculating your Libor, you need to know which currency your loan is in and its maturity period. 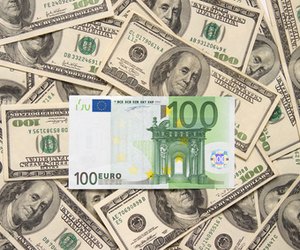 Find out in which currency your loan has been taken and its maturity. Ask your bank for these details. Libor is actually a group of rates for 10 participating currencies, including the U.S. dollar, the euro, the British pound and the Canadian dollar. There are 15 rates for each currency, depending on their maturity and varying from overnight to one year. That means that Libor is 150 rates produced every business day.

Calculate the total amount of interest you will have to pay on your loan. Lenders use the following formula: principal x (Libor rate/100) x (actual number of days in interest period/360). According to USA Today, a typical adjustable rate mortgage (ARM) in the USA is based on a six-month Libor plus 2 to 3 percentage points. So when calculating the rate you have to pay, use this formula and include the extra percentage points.

How to Read a LIBOR Index

What Is the Interest Rate Spread?

How to Explain ARM Mortgages