What Are Competitive Interest Rates?

When looking for a competitive loan interest rate, the percentage of interest charged is not the only consideration. Most of the time, the lower the number, the fewer dollars you pay in interest; but this is not always the case. Several different factors make an interest rate competitive, and these depend largely on the type of purchase you are making. 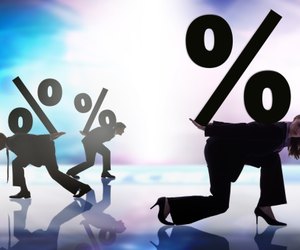 The percentage of interest charged is not the only consideration when getting a loan.

How the Interest Is Compounded

With some loan plans, interest rates are compounded daily; others are compounded quarterly or annually. This can make a difference in the overall amount you pay back, even if all other factors are equal among the loan offers you're considering. Banks often compound rates daily if the amount borrowed fluctuates often. 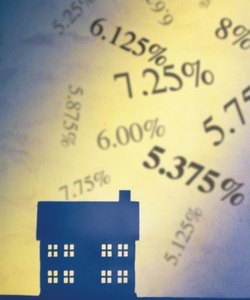 Rates are only part of the equation.

Depending on your needs, you may want a "fixed" or "variable" rate loan. Fixed rates are usually higher, but they are guaranteed to remain the same for the length of the loan. Variable rates are usually lower, but if interest rates increase and your minimum payment remains the same, it will extend the term of your loan. On a mortgage, for example, this can be significant. When searching for the most competitive rate, compare within each category: variable rates with other variable rates and fixed rates with other fixed rates.

A low interest rate is good, but if you're tied into the term, it may be more advantageous to take a higher rate with more flexibility. Consider interest rate versus interest dollars. Interest rates apply to both the amount you borrowed and the time it takes to pay it off; interest dollars are the bills out of your pocket over the length of the loan. By accelerating your payments, you can decrease the interest dollars you pay even if the rate stays the same, which saves you money in the long run.

How to Calculate APR on Installment Loans

How to Calculate the Repayment of a Loan

How to Calculate Mortgage Interest

How to Calculate Total Interest