What Is a Writ of Garnishment?

After a creditor wins a court-ordered money judgment against you, a continuing writ of garnishment allows the creditor to take a percentage of your wages to repay the debt. Civil rules of procedure in each state govern writ of garnishment requests and executions, while federal laws govern the amount. Although the details may vary slightly between states, procedures for issuing, serving and processing the order generally are the same. 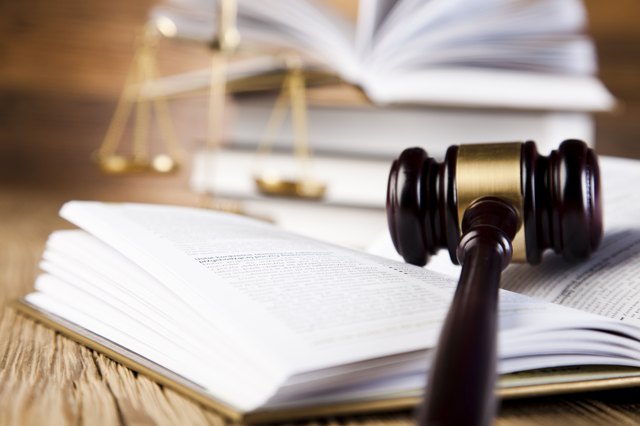 A writ of garnishment is a court order allowing a creditor to garnish your wages.
credit: JanPietruszka/iStock/Getty Images

Issuing and Serving the Writ

A creditor begins wage assignment proceedings by filing a motion for a continuing wage garnishment. The motion is done ex-parte, which means you receive no advance notice. Because the creditor already has a money judgment against you, the court usually will grant the request immediately. In most states, the garnishee -- your employer -- receives the order and instructions for answering it by postal mail. You also receive a copy of the writ, along with instructions for answering or objecting to it by mail.

In most states, instructions tell your employer to calculate the amount of the assignment, report this information to the court within 20 to 30 days and begin payroll deductions immediately. To calculate and make sure the amount withheld complies with Title III of the Federal Consumer Credit Protection Act and any applicable state laws, your employer fills out and returns a document called an "interrogatories for earnings." The maximum that can be garnished usually is 25 percent of your income after deducting payroll taxes.

Even though a continuing writ of wage garnishment begins soon after your employer receives the order, you still have a short time in which to reduce or stop the assignment. State laws set the number of days you have to object to the order by filing a claim of exemption. For example, the head of household exemption is a common exception. According to Stephanie Lane, an attorney and writer for AllLaw.com, a head of household exemption can reduce a wage garnishment by 90 percent to 100 percent.

If you don't object within a specified time, or if your objection fails, the judge will issue a Final Judgment of Wage Garnishment. In some states, a final judgement will stand until you repay the entire debt plus any accrued interest. In other states, a final judgment will expire after a specified time, but is renewable if the debt is not yet fully paid. Each time it is renewed, court costs increase the amount you owe.

How to Stop Wage Garnishment in New Jersey

How to Respond to a Writ of Garnishment in Maryland

The Basics
Debt
By: Rebecca Lake

How to Legally Revoke a Wage Assignment

When Can an Employer Withhold Your Paycheck?