How to Change Ownership of EE Savings Bonds

Savings bonds issued after June 2003 have a term of 20 years, and there's no law preventing you from selling or buying bonds after they are issued, so the U.S. Treasury has forms to reissue the bonds with the new owner's name on them. You can obtain the necessary form to change the ownership from the U.S. Treasury's website. 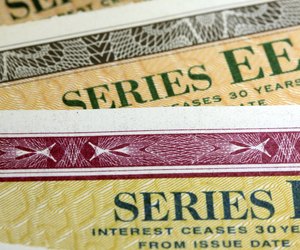 You can change ownership of Series EE bonds by filing forms with the U.S. Treasury.
credit: larryhw/iStock/Getty Images

How to Claim War Bonds

How to Buy War Bonds

What Is a Medallion Seal?

How to Buy a Savings Bond as a Gift

How to Find Out About Old Savings Bonds That Were Purchased