Like the lifeboats on a cruise ship, an insurance policy is something you need to have but would prefer never to use. Although your policy is there to protect you against financial harm caused by liability, accidents and other mishaps, those claims aren't always straightforward. It can take some time for your insurer to investigate a case thoroughly and determine whether your coverage protects you either in whole or in part. To keep its options open during that time, the insurer might issue you a "reservation of rights" letter. 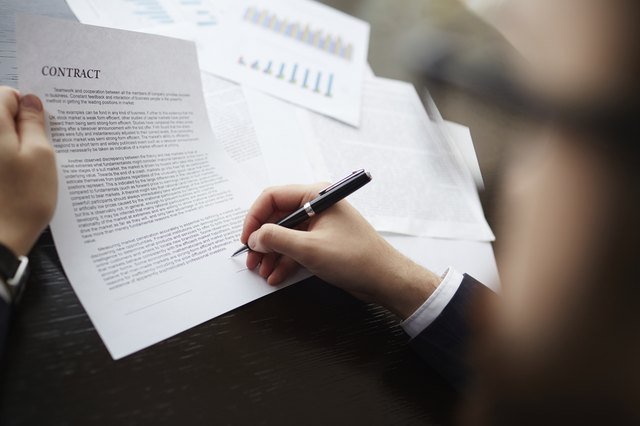 Image of a man reading a letter.
credit: shironosov/iStock/Getty Images

The insurer's "reservation of rights" means that it will continue to act on your behalf and defend you against any legal action. However, the insurer keeps the right to deny all or part of your claim once the legal proces -- or its own investigation -- is completed. That way, the insurer is protected against either accepting or denying a claim prematurely, and as the insured party, you're not hung out to dry while the legal wheels are turning.

Reservation of rights is primarily intended to protect the insurance company, but it also gives you leverage as the insured. Representing you would put the insurer's lawyers in a position of conflict, so you'll be able to retain your own counsel. Unless your claim is explicitly excluded by the policy language, you can make a case for coverage even if the insurer initially rejects your claim. In some cases, state laws might also override any contractual limitations on your policy, forcing the insurer to pay up even when its own procedures or policy language rule it out.

What Is a Sunset Clause in an Insurance Policy?

The Basics
Insurance
By: Cam Merritt

What Is Insurance Waiver of Subrogation?

The Basics
Cars
By: Chris Joseph

What Is Insurance Twisting?

The Basics
Insurance
By: Jayne Thompson

Statute of Limitations on Insurance Claims

The Basics
Cars
By: Tom Streissguth