DV01, also known as basis point value, is a measurement of how bond prices will respond to changes in prevailing interest rates. Use the DV01 formula to estimate this quantity for a particular bond, which can be helpful in determining how much risk there is to the value of the bond based on shifts in interest rates. Keep in mind that it's often more accurate to estimate DV01 for a portfolio of bonds rather than one particular bond. 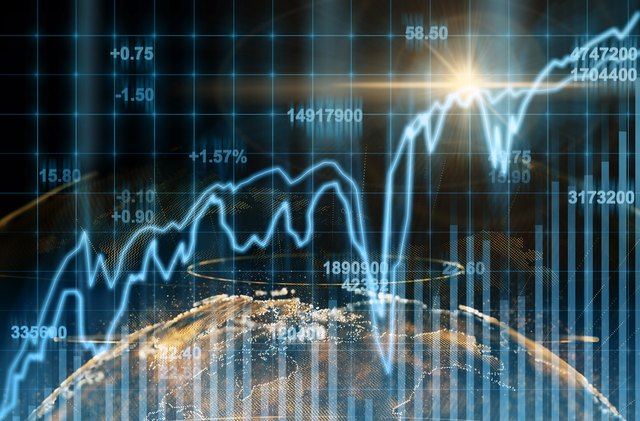 credit: Photographer is my life./Moment/GettyImages

A bond is a type of security that can be bought and sold, similar in that way to stock. Unlike stock, which represents an ownership share in the issuing company, bonds represent a loan to a company, government agency or other entity that issued the bond. Typically, they pay interest over time according to a set schedule, ultimately paying back principal and interest to bondholders, but exactly what this schedule looks like varies significantly from bond to bond. Organizations often issue bonds for the same reason individuals often take out loans – to acquire money for some purpose, such as building a new facility, and pay it back over time.

It's possible to buy bonds when they are issued and hold on to them until they are finished paying out, but since there is a secondary market for bonds, they are also often bought and sold between investors. Bond prices vary over time based on a variety of factors, including the overall health and credit score of the organization that issued them and prevailing interest rates. If an organization's credit rating decreases, meaning that it is thought to be more likely to fail to pay back its debt, its bonds will become cheap compared to others paying similar interest.

Interest rates paid for new debt change over time due to a variety of factors, including economic conditions and actions taken by central banks like the Federal Reserve and the European Central Bank.

For investors making decisions about where to put their money, the rule of thumb that bonds generally become more valuable as interest rates go down isn't precise enough. They want to estimate how particular bonds they are considering investing in, or a particular set of bonds, will do under various possible interest rate conditions.

If a bond has a DV01 of 5, for instance, it means that a one basis point rise in rates will cause the price of the bond to fall $5, while a one basis point decline will cause it to rise $5. It's assumed that DV01 represents an increase when rates decrease and vice versa, since that's how bond values typically move in response to interest rate changes, so the effect on price is equal to -1 times DV01 times the interest rate change in basis points.

A related concept to DV01 is duration. This is typically used to mean the percentage change in a bond price for a 100 basis point, or 1 percentage point, change in interest rates.

To calculate DV01 for a bond, you will want to look at a short period where the bond's yield or another interest rate you want to compare the bond's price to changed, ideally by a relatively small amount.

Bonds with higher DV01 are more sensitive in dollar terms to shifts in interest rates. Note that bonds' sensitivity to interest rates may evolve over time so you will want to use a recently computed DV01 when possible rather than an older value when assessing or comparing investments.

Remember that as with many other calculations involving finance, DV01 is essentially an estimate, and you can't guarantee that a bond price will move in a precise way at a precise time, even if you can predict shifts in interest rates. Other factors, like corporate or government agency conditions, could have a bigger effect on a bond price than the change in interest rates. Exactly how the bond pays out interest, which can vary significantly from bond to bond, can also have a large effect.

Market conditions might move people from the bond market to the stock market or other investments. DV01 numbers are often more accurate for a broad portfolio of bonds than for an individual bond, since quirks in the bonds that make up the portfolio can be effectively cancelled out by sampling a bigger portion of the market.

Also keep in mind that DV01 calculations are usually less accurate for broader shifts in interest rates, since it's simply harder to predict what effect a larger shift on interest rates will have on bond prices. The changes for, say, a 2 percentage point shift in interest rates won't necessarily be an exact multiple of even reasonably accurate DV01 estimates.

How to Calculate Bond Yields to Maturity

How Do I Calculate Interest Rate Sensitivity on Bonds?

How to Calculate Promised Yield to Maturity

How to Calculate the Annual Rate of Return on a Bond