How to Get an Eviction Off a Credit Report

Evictions don't always show up on credit reports. The Experian credit bureau says it doesn't report evictions except when they involve certain elements, such as money disputes. Having an eviction on your report can hurt you, as other landlords will see it as a warning sign you're a bad tenant. Your ability to scrub the eviction off your report depends in part on how long ago it was and whether the report is accurate. 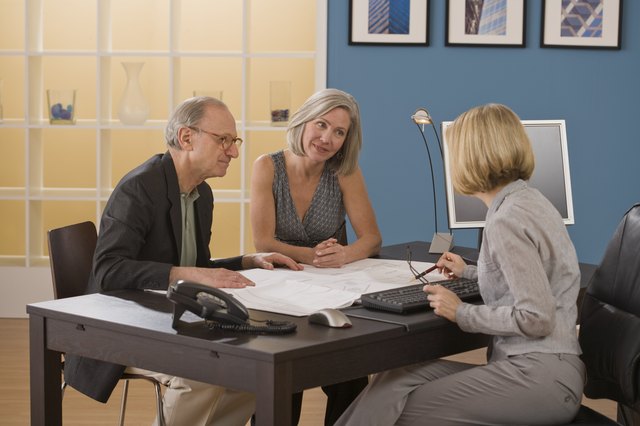 A couple consults with an attorney.
credit: Comstock Images/Stockbyte/Getty Images

Unpaid rent is one major reason an eviction might show up on your report. If, for example, the landlord evicts you for unpaid rent and then sets a collection agency on you, the agency's reports will include the eviction debt. The same is true if the landlord sues you for the debt and gets a court judgment against you. If your landlord sued you for breaking your lease, that's another eviction that will probably go in the report.

You have no legal right to get an accurate item removed from your credit file. Most negative facts, such as a landlord's judgment against you, are removed after seven years, though. If the judgment or the collection agency account is still on the report after seven years, ask the credit bureau, in writing, to remove it. If the reference to eviction is truthful and recent, there's probably no way to remove it. Even paying the debt won't erase the incident from your file, Experian says.

You're in better shape if the reference to eviction is a mistake. For example, if the landlord incorrectly reported that he evicted you for unpaid rent, you have the right to get that corrected. The Federal Trade Commission says you should contact the credit bureau in writing. Identify the item you object to, explain why it's incorrect and attach copies of whatever documentation proves your case. The bureau has to respond in 30 days. Also contact the landlord -- or whoever provided the inaccurate information -- in writing with the same evidence and request a correction.

If the bureau investigates and doesn't agree with you, tell the bureau to include a record of the dispute in your report. After you ask the landlord for a correction, he also has to acknowledge the dispute if he provides information about you to credit bureaus again. If the bureau fails to remove clearly incorrect eviction data, you can take the bureau to court. If you win, the Nolo legal website says, you may be able to collect court costs, legal fees and damages for pain and suffering.

How Long Do Credit Bureaus Have to Respond to Disputes?

How to Remove Negative Items From Credit Reports

How to Pass a Credit Check With an Eviction

The Basics
Renting
By: Neil Kokemuller

How to Get an Apartment After an Eviction