How Does a Recession Affect Consumers? 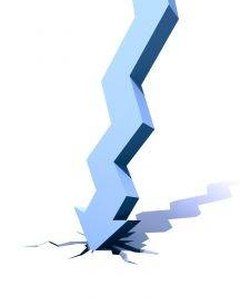 How Does a Recession Affect Consumers?

When economic activity slows, businesses begin to suffer. When businesses suffer, they cut expenses in an attempt to remain profitable. One method of cutting expenses during a recession is to reduce the workforce. Unfortunately, when businesses lay off employees, consumers' ability to spend money is curtailed.

The employees fortunate enough to keep their jobs tend to spend less money because they fear for their jobs. This further exacerbates a recession.

The rising costs of fuel, food and basic daily items further cause consumer difficulties. When consumers spend increased portions of their monthly budget on necessities such as food, fuel and gas, it leaves less money for them to pour into the economy to help offset an economic slowdown.

Credit Debt and the Recession

During a recession, many consumers are heavily in debt with little to no savings. As a result, they try to hold on to whatever money they have. Some consumers severely cut back on credit card spending; others cannot afford to pay their monthly credit card bills. The reduced spending and defaulting on credit card agreements not only affects the consumer, it adds to the financial burden banks face during a time of recession.

The housing market often favors buyers during a downturn, yet consumers have a hard time getting financing. During a recession, home buyers must come up with larger down payments in addition to having a stellar credit history.

While it is understandable that consumers need to hold onto the money they have during a recession, the longer consumer spending is down, the longer and deeper a recession lasts.

The Effects of Recession on the Stock Market

How Does an Economic Recession Affect The Average Person?

The Basics
Debt
By: Bonnie Conrad