How Does Bankruptcy Affect a Credit Score?

Lenders use credit scores to gauge the probability you'll pay them back. Bankruptcy interrupts debt payment, either by allowing you to pay part of what you owe over three to five years or releasing you from your obligation to pay. Because a bankruptcy has a negative impact on your debt repayment history, filing for bankruptcy lowers your credit score, but only for as long as it shows on your credit report. 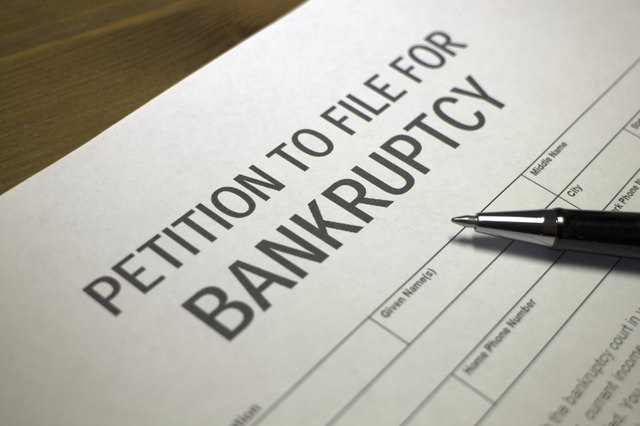 A bankruptcy is a public record filed through a bankruptcy court. Once you declare bankruptcy, this public record goes on your credit report. Each creditor whose debt appears in the bankruptcy statement tells the credit reporting agencies -- Experian, TransUnion and Equifax -- that your account with them is part of the bankruptcy. Your bankruptcy status then gets factored into your FICO score, a measurement compiled by the Fair Isaac Corp. that the Consumer Financial Protection Bureau says lenders use to measure credit-worthiness more than 90 percent of the time.

According to FICO, whose scores range from 300 to 850, bankruptcy damages your rating more than foreclosure and affects those with better credit the most. You can lose 130 to 150 points if your pre-bankruptcy score was 680 and 220 to 240 points if you had an excellent score of 780 before declaring bankruptcy, whether you filed for Chapter 7 or Chapter 13. These damage points reflect the fact that you did not pay your debts even if the bankruptcy freed you from the responsibility to pay them.

Bankruptcy isn't a permanent credit scar. Your Chapter 7 bankruptcy, in which you don't pay back the debts included, comes off your credit report 10 years from the date you filed. The time period drops to seven years from the date you file for Chapter 13 bankruptcy because of the repayment plan you negotiated. Any accounts listed in the bankruptcy that were delinquent when you filed get deleted seven years after their initial delinquency date.

How to Pay Off Collections to Raise Your Credit Score

What Is a Slow Pay on a Credit Report?