The Loch Ness Monster, unicorns, Bigfoot, and the wage gap: One of these is a real phenomenon. I understand why people want to place it in the "unbelievable" file right along with the fantastic creatures of the imagination, but the evidence is compelling. 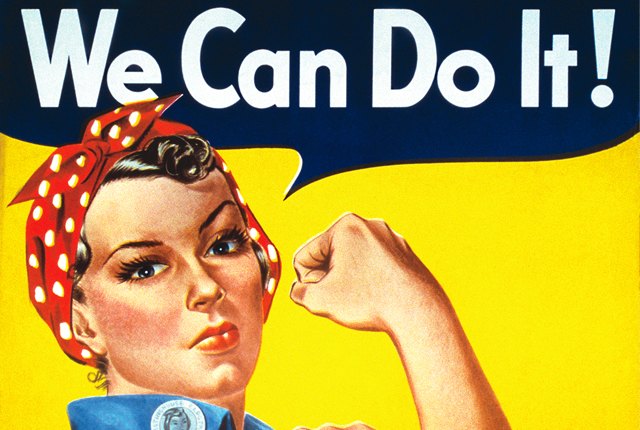 Like most unsavory truths concerning prejudice and discrimination, there are some people that want to hide their head in the sand and pretend we live in a fair and just world.

Women do earn less than men, they do have fewer opportunities for advancement and over the course of their lives, and they are disenfranchised considerably compared to their male counterparts.

And it needs to change, but first for the facts: In 1963, The Equal Pay Act was passed promising to make wage discrimination illegal.

However, 54 years later women are still only making 80 cents for every dollar men earn. In some states, the gap is even larger, with women in Wyoming only earning 64 cents on the dollar.

The oft-repeated chorus is "Yeah, but what about hours worked, maternity leave, child care, or that woman are mostly in low-paying fields?" When you consider all of that info, it works out that women are making just 93 cents per every man's dollar. Which is, you know, still a gap.

Critics who shout "the wage gap is a myth" will often argue that this can't be true because "I know lots of women who make more than the men in their company" but as we all know, personal anecdotes are not proof of a national or global issue. Just because two factors co-exist in isolation doesn't mean there is a connection- correlation is not causation. Imagine seeing a report that more than half of all socks owned in the US are argyle, but all the socks in your drawer are striped. Does that make the argyle sock fact any less true just because your personal experiences differ? Nope.

To see what's really happening on a bigger scale, we need to turn to statistics which show that:

"The gap of 20 cents on the dollar between men and women working full-time, year-round is a statistical fact"- American Association of University Women.

It isn't as simple as women not being paid the same hourly rate as men, although that happens as well, it's a multifaceted problem that includes barriers to equality such as: Being paid less for the exact same work, being overrepresented in low-wage industries, and confronting wage penalties for choosing to be a parent.

The situation is even direr for women of color. African-American women earn even less at 60 cents, and Hispanic women fare the worst at just 55 cents on the dollar.

Although the gender gap is an irrefutable fact, the causes for gender imbalanced earnings are complicated. Some of the reasons are historical prejudice against women, some are based on the choices men and women make in choosing college majors or work industries, choices related to caring for small children, and advocating for ourselves when it comes to negotiating pay raises.

However, even when women choose traditionally masculine majors and enter the workforce in a male dominated industry, such as technology or engineering, they are still subject to large pay discrepancies.

Those who deny a wage gap will say any difference is simply due to women taking low paid work that doesn't attract men in the same numbers, yet this justification doesn't hold up. Consider the wage gap in industries where considerable amounts of education and training are required, such as a career in medicine.

According to a recent survey by Doximity, female ophthalmologists earn $95,000 less per year than male eye doctors. Female cardiologists earn 29% less than male heart doctors resulting in a yearly difference of $97,000 -- that's a lot of loot to miss out on simply because of your gender.

This isn't a problem that is going to disappear by itself. The AAUW (American Association of University Women) estimates the gender pay gap will not close until 2059.

"The pay gap is real"- American Association Of University Women

Perhaps back when women were running the household but not receiving earnings, it made sense for their economic worth to be determined as less. Now four of every ten women are the primary or sole breadwinner, and something has to change. Families rely on the dollars women make and inequality of their worth directly affects the men and children in those families. This is precisely why the gender wage gap is an issue for us all.

The pay gap follows women until the end of their days, as they are proportionally paid less their whole lives this equates to lower retirement payouts. Workers earning less that their counterparts are subject to the same caps on matching by their companies, missing out on tens of thousands of dollars over the course of their careers.

Change is never possible until we confront the truth, so please stop saying there isn't a problem and get on board with working towards a solution. After all, wage equality would create an extra $447.6 billion in family income. Surely that's a figure we can all get behind.

So what can we do about it? Lots! Be vocal, be active, and get the word out.

How the Glass Ceiling Holds Everyone Back