How to Fend Off Lifestyle Creep 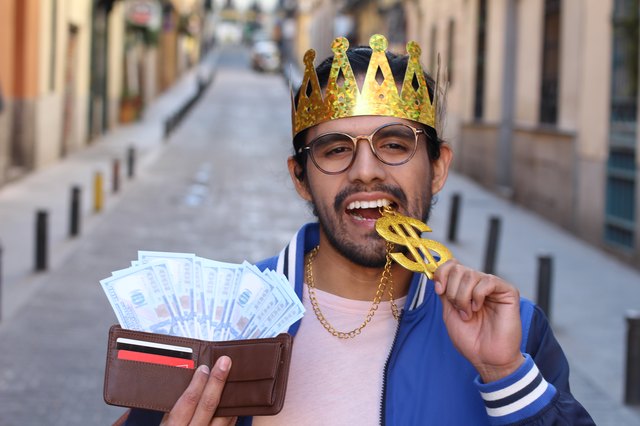 The whole point of being a millennial is that we're broke and underpaid, but as the statistics predict, some of us are actually making real bank. They're called the Henrys, and they pop up in every generation: "high earner, not rich yet." According to Business Insider, frankly, they're panicky and miserable about money, just like the rest of us.

It is true that many of the cities with the best-paying jobs are also places with outrageous costs of living, like the Bay Area, New York, and Washington, D.C. But the Henrys tend to earn six figures, which can be comfortable more or less anywhere with smart spending. That's the issue, writes BI: The Henry "struggles to balance their spending and savings habits. As a result, they're behind in wealth-building and are not inching closer to their financial goals."

The lifestyle creep comes specifically when a raise can't seem to wipe out our existing costs, often because with that raise, we find ourselves justifying spending a little more. That often makes a raise the perfect time to reexamine your money habits. Some skeptics blame the Henrys' frivolous or status-building spending, like expensive nights out or high-cost subscription services, for all their woes. But as BI puts it, "an economy that seems good but has a lot of tensions bubbling under its surface" deserves a much closer look. Student debt, skyrocketing housing costs, the post-recession world in general, and a million other systemic woes mean that while we always have control over how we spend, lifestyle creep might not just be an individual failing.

This Is Who Can Really Use Facebook's New Crypto

Yes, You Can Still Do Brunch on a Budget

The One Thing Looking Up Under a Trump Presidency