Can I File Exempt on Bonus Income? 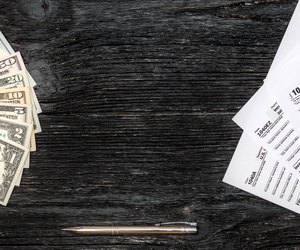 Can I File Exempt on Bonus Income?
credit: LIgorko/iStock/GettyImages

The good news is that bonus income isn't actually taxed at a higher rate at the federal level. The higher rate of withholding might make you think otherwise. However, on your tax return, your bonus income gets lumped together with your wage or salary income and is taxed according to the same rules. If you have more taxes withheld than you actually owe, you get a refund for the difference.

Special higher withholding rates apply to employees with supplemental wages over $1 million in a year. Supplemental wages includes bonus income, as well as commissions, payment for accrued sick leave, back pay and severance pay. For these employees, the IRS requires that 35 percent of the supplemental wages be withheld for federal income taxes. This rate is required because it's assumed that all this income will be taxed at the highest marginal rate.

For most employees, the employer may choose between two withholding methods for supplemental wages, including bonus income. The simplest is to withhold at a flat 25 percent — no other percentage is allowed.

The second method is more complicated but may result in lower withholding. Under the second method, the employer treats the bonus income as part of the same payment as the regular wage payment. The employer figures out what the total withholding would be under the normal withholding rules, subtracts the amount already withheld from the regular wage payment and withholds the difference from the bonus income.

Taxes on Salary vs. Bonus

How to Calculate Taxes on a Bonus

What Is Federal Supplemental Tax Rate?

How Do I Request a Wage & Income Transcript?

Annual Salary of a Minimum Wage Worker in California