Can You Pass Your Lottery Winnings Down When You Die?

A woman in Texas inherited her brother's lottery winnings after his death. However, because of federal taxes due, she was actually asked to pay $18,000 a year more than what she collected in each of the first 10 years. Only in the eleventh year would she finally begin to reap the benefits of the lottery winnings. So the good news is that you can pass down your lottery winnings. The bad news is that if you don't plan ahead, you could be saddling your heirs with a major headache. 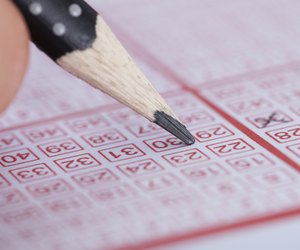 When you win the "big one," you have a choice of taking the proceeds in a lump sum or annuity. The total value of the lump sum will be about half the face value of the winning amount. The annuity total will equal the face value, but it will be distributed in equal or graduated payments over a long period of time—often 20 to 26 years. Taxes are withheld from the distributions, whether taken in lump sum or annuity form.

Because of the difference in face value of the lump sum and annuity distributions, you might think annuities are always the way to go. While no one can predict what will happen to tax rates over a 20-year term, run some scenarios, especially if tax rates are historically low at the time of your win. Think too about what you could earn in interest or profit if you took the lump sum and invested it over the same period as the annuity distribution. If interest rates are high when you win, you might be able to earn more on your lower face-value lump sum than you will in taking the annuity.

If you take the lump sum, it is obvious you can pass it to heirs. Annuities are also considered personal property, however, so either way lottery winnings are inheritable. If you don't have a will, make one before you claim your lottery winnings to ensure you are in control of the distributions after your death.

The estate tax takes a big chunk out of sizeable estates. And it does it in one fell swoop. So if you have chosen to take your winnings in an annuity, your heirs may receive a single tax bill far in excess of the annual annuity they will receive. For both your own sake and the sake of your heirs, speak to a tax attorney and financial planner before making any decisions on claiming your winnings. Some winners take out sizeable life insurance policies when they win, the proceeds of which can pay the heirs' tax bill.

What to Do If You Win the Lotto?

Does a Beneficiary Pay Inheritance Tax on an Annuity?

What Happens to Lottery Winning Installment Payments if You Die?

How to Calculate Florida Lottery Taxes

The Basics
Taxes
By: Stephanie Faris