Can You Borrow Against Your Annuity?

An annuity is a retirement product with tax-deferred growth. Annuities are either deferred or immediate. When you have an immediate annuity, you begin to take payments but no longer have access to the principal. A deferred annuity is one that you allow to grow until you need it later. If you class annuities by investments, there are three main types of annuities. These are fixed, variable and indexed, but the annuity rules are the all same. 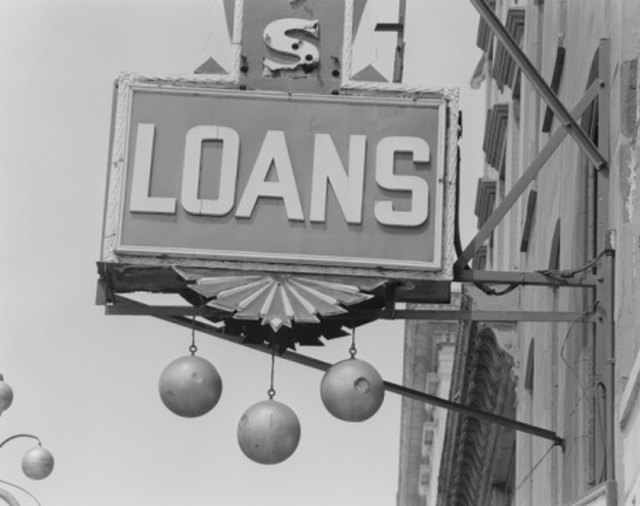 In most cases, you face penalties and taxation if you use an annuity as collateral.

Because the purpose of an annuity is for retirement, there's a penalty if you remove funds from a deferred annuity before you're age 59 1/2. The penalty is 10 percent of the growth. You also have to pay the tax on the growth. With annuities, the LIFO -- last in, first out -- rule governs withdrawals. That means the first money you withdraw is any gain or interest you made on your money. If you're younger than 59 1/2, an immediate annuity, one that produces substantially equal payments based on your life expectancy, are not subject to the 10 percent penalty. While you do pay tax, each payment consists of some taxable growth and some principal.

When you use the funds in an annuity, the IRS regards it as constructive receipt and subject to tax and penalty. You don't have to withdraw the money to use the funds, borrowing against them counts too. Tax code section 72(e)(4)(A) notes any type of pledge or assignment triggers a taxable event. One recent exception occurred when a taxpayer purchased an annuity to use as mortgage collateral. Since the contract had no gain, there was no penalty or taxation.

Banks and other lending institutions normally won't allow a loan that uses an annuity as collateral because of the tax laws. However, they might make a personal loan based on annuity payments from an immediate annuity. In this case, you're already receiving payments. The lending institution doesn't use the annuity as collateral, but simply a reassurance of payment, just like any source of guaranteed income.

RMD Rules on a Non-Qualified Annuity

The Basics
Insurance
By: Alibaster Smith

Do I Have to Pay Taxes on an Inherited Annuity of My Deceased Father?

How Are Withdrawals From a Deferred Annuity Taxed?

Can You Withdraw an Annuity?

How Is Profit Sharing Taxed?

The Basics
Taxes
By: Sophie Williams