When you hit retirement and start tapping your 401(k), you're not the only one who celebrates. The Internal Revenue Service also gets excited because you finally start paying some taxes on your 401(k) nest egg. If you're over 55 when you retire, you won't owe any early withdrawal penalties. However, you will still owe income taxes. Because tax laws can change from time to time, check with a tax professional to determine how your 401(k) withdrawals will be taxed. 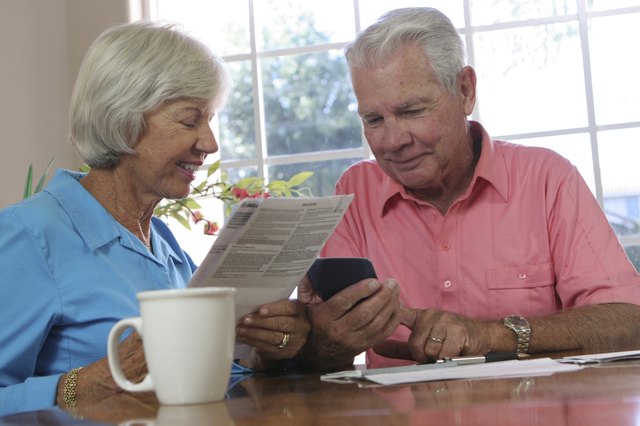 A couple is working together on their finances at the breakfast table.
credit: Purestock/Purestock/Getty Images

No Taxes Until Withdrawals

Merely retiring doesn't count as a taxable event when it comes to the money in your 401(k) plan. All 401(k) accounts are tax-sheltered, which mean that you don't have to pay taxes while the money stays in the account. For example, say you sold 100 shares of stock and made a $1,000 profit. Typically, you'd have to pay taxes on that $1,000. But, when that profit is made inside your 401(k) plan, you don't pay any taxes at that time. So, it's not retirement that triggers taxes on your 401(k), it's taking the distributions. If you put off taking money out of your 401(k) for a few years, you won't pay any taxes until then.

Your 401(k) distributions are taxed at ordinary income tax rates, which means the higher your total income, the higher the rate you pay on your 401(k) withdrawals. Even if your 401(k) assets were invested in the stock market, your distributions don't qualify as long-term capital gains rates. For example, if you fall in the 15 percent tax bracket when you take out $10,000, you'll pay $1,500 in federal income taxes. However, if you're in the 35 percent bracket, that same $10,000 distribution costs you $3,500 in income taxes.

Penalties for Not Taking Required Distributions

You must start taking minimum required distributions from your 401(k) plan in the year you retire or the year you turn 70 1/2, whichever comes later. The amount you must withdraw is calculated based on your life expectancy and the value of the account. If you fail to withdraw the required amount, the IRS imposes a 50 percent tax. For example, say you were supposed to withdraw $15,000 from your 401(k), but you only took out $3,000. Because you failed to withdraw $12,000, you owe the IRS a $6,000 tax penalty.

Do You Have to Pay State Taxes on 401(k) Withdrawals?

At What Age Do You Have to Stop Contributing to an IRA?