Can I Collect Social Security Disability and a Pension at the Same Time?

Social Security rules allow you to collect disability benefits and a pension at the same time. However, the amount of your benefits may be calculated differently than if you became disabled before the age of retirement or you were not entitled to a pension for other reasons. Whether your benefits are reduced will depend on your work history. 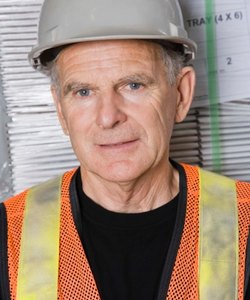 If your pension comes from an employer who withheld Social Security taxes, it does not affect your SSDI benefits.

Your SSDI benefit is not affected if you receive a pension from an employer who withholds Social Security taxes. Under these circumstances, the amount of your monthly payment is based on the same federal scale applied to other SSDI recipients. Some employers, like the federal civil service, certain local public agencies or private firms located outside the U.S. are exempt from Social Security. If your pension is derived from these employers, your SSDI benefits may be reduced as long as they do not drop below a guaranteed minimum level.

If you retire at a high salary, your Social Security and SSDI benefits represent a lower percentage of your annual earnings than if you were paid substantially less. For example, the average payment to a retiree who earned $100,000 per year could be about $25,000, or 25 percent of his salary. A retiree who earned $40,000 per year might average about $2,200, or 55 percent. Before 1983, people with pensions from employers exempt from Social Security automatically had their benefits calculated at the higher percentage. The federal government ended this practice with the Windfall Elimination Provision.

Under Social Security and SSDI rules, benefits are calculated by dividing your average monthly earnings into three amounts. Each amount is multiplied by a different percentage, depending on your age and other factors, and the three products are combined to arrive at your benefit. For example, if you turned 62 in 2011, the first $749 of your earnings would be multiplied by 90 percent, the next $3,768 by 32 percent, and the rest by 15 percent. The WEP works by reducing the multipliers. In general, the 90 percent may be adjusted down to 40 percent.

The Windfall Elimination Provision does not apply to certain categories of jobs and pensions. These exclusions are federal employees hired after December 31, 1983, retirees with pensions from SS-exempt employers who also earned wages for at least 30 years from SS-covered employers, retirees who worked for SS-exempt employers no later than 1957, retirees who were employed on December 31, 1983 by nonprofit agencies that originally were SS-exempt but later began SS withholding, and retirees with pensions derived solely from jobs with a railroad.

How to Calculate Federal Retirement

What Happens to Disability Payments When You Turn Age 65?

What Is a Pension & How Is It Calculated?

How to Calculate Postal Retirement

Can I Collect Social Security & CalPERS Together?