Do They Take Taxes out of Unemployment Benefits?

As if being out of work wasn't stressful enough, the Internal Revenue Service doesn't treat unemployment benefits with much compassion. Unemployment compensation generally gets included in your gross income calculations, which means you'll have to pay federal income taxes on each check. Many states also tax unemployment compensation. If you don't have funds withheld from your checks, you'll pay the price at tax time. 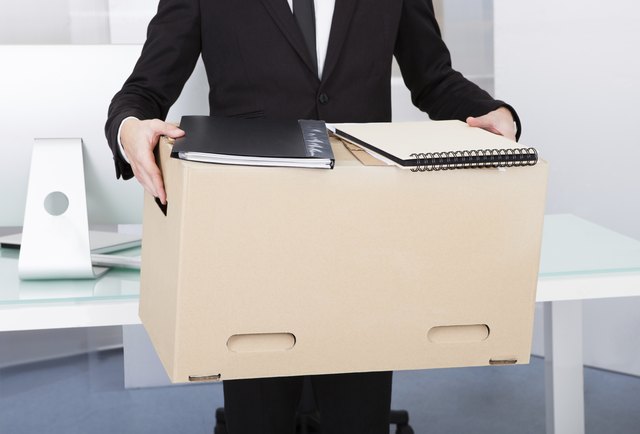 Man carrying box out of office after being laid off.
credit: AndreyPopov/iStock/Getty Images

To save yourself from a hefty tax bill on April 15, you can ask that taxes be withheld from your unemployment benefits, just as with job-related compensation. Some states have their own withholding forms and automatically hold back 10 percent of the gross amount of your benefit check before sending it to you. If not, hand in Form W-4V, Voluntary Withholding Request, to the unemployment office. You also can make estimated tax payments on a quarterly basis based on your projected income.

You'll receive a 1099-G at the end of the year that documents how much unemployment benefits you received and how much taxes were withheld. Report that on your income tax form by the April 15 deadline. The IRS also receives a copy, so failure to file a return puts you at risk of having to pay interest and penalties as well. Depending on your filing status and income level, you may be entitled to a refund for any money set aside for taxes.

How Is Commission Income Taxed? How to Find What Was Paid to Me in Unemployment Benefits

How to Report California State Disability Payments on Taxes