Can You Have More Than One Payday Loan?

While payday loans can provide fast access to cash, they come with a steep price. According to the Washington Post, payday loans can lead to triple-digit interest rates on the money you borrow. The laws on payday loans vary by state. Certain states, such as New York and Maryland, ban payday loans entirely. States that allow such loans impose regulations and limitations. Depending on where you live, it may be illegal to have more than one payday loan at a time. 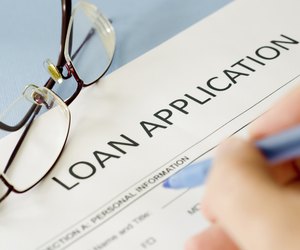 In California, Florida, Indiana, Michigan, Ohio, South Carolina and Virginia, state laws limit you to one payday loan at a time. Some states have no restrictions at all on payday loans. For example, in Arkansas, there's no limit to the number of payday loans you can have, but you can borrow from only one per lender. Wisconsin doesn't have any limitations on the number of payday loans you can have at a given time. You can find your state's payday lending statutes on the National Conference of State Legislatures website at NCSL.org. You can also check with your state's attorney general for specific laws and limitations on payday loans.

As of 2014, payday loans are illegal in several states, including Arizona, Arkansas, Connecticut, Georgia, Maine, Maryland, New Jersey, New York, North Carolina, Pennsylvania, Vermont and West Virginia. States that allow payday lending sometimes cap the loan amounts and interest rates to protect consumers from predatory lending. For example, in Alabama the loan can't exceed $500, the term can't be less than 10 days or more than 31 days and the interest rate is limited to 17.5 percent of the amount advanced. However, Missouri payday lenders can charge $75 for every $100 borrowed, which is almost a 1,950 annualized percentage rate, according to the MinnPost.

What Is a Cash Advance Loan?

Can a Payday Loan Sue You for a Deliquent Loan?

Laws in Tennessee for Not Paying a Payday Loan Back

How to Calculate the Repayment of a Loan