Depreciation is an accounting and tax practice for recovering business costs. It is used for assets like buildings and machinery that become obsolete or wear out over time. Land is not depreciable because it does not wear out. Depreciation is regulated by the Internal Revenue Service. It is the entity that determines how depreciation is calculated. 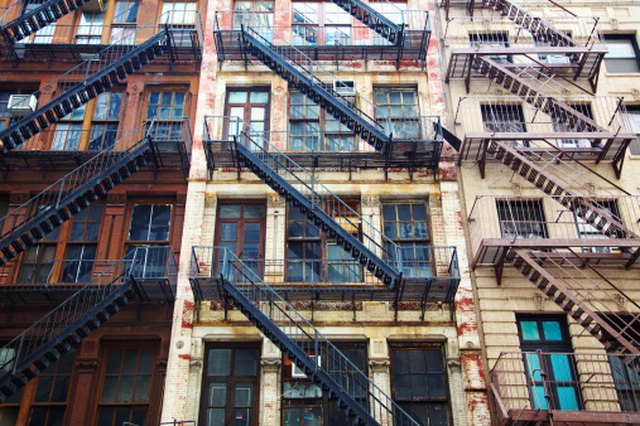 It is possible to have a positive cash flow from rents but not pay tax because paper profits are canceled out by depreciation.

Prior to the industrial age, when a business made a large investment in machinery, it was at risk of showing a substantial loss in the same year because profit generated by the investment would only accrue steadily over many years instead of all in the same year the investment was made. Similarly, in future years profit might be quite a bit higher because no large reinvestments of capital were made. Profit and loss statements would therefore vary substantially from year to year and were more a reflection of investment patterns than profitability. Depreciation, in which a business subtracts a portion of the cost of its assets each year until the assets are obsolete and must be replaced, was initially incorporated into accounting practices during the turn of the 19th century. In 1913, depreciation was included in tax law as a deduction.

As of 2010, there were two recognized tax methods of depreciation for rental property: straight line and accelerated (also called alternative and declining balance). Both methods employ the concept of "useful life," which is an estimate of how long an asset will perform before becoming obsolescent. The IRS provides a list of assets by class that designates the duration of every useful life. The terms are different for two methods of depreciation. Residential rental buildings are assigned a useful life of 27.5 years in the straight line method of depreciation and a useful life of 40 years in the accelerated method. Furnaces and roofs have the same useful life as the building. Carpets, furniture and appliances have a five-year life in the straight line system and nine years in the accelerated system. Different rules apply to assets put into service prior to 1987.

In the straight-line method, the cost of the asset is divided by its useful life. For instance, a residential rental building has useful life of 27.5 years. Its cost, say $400,000, is divided by its useful life, resulting in the depreciation: in this case $14,545. This is the deduction that is taken each year for 27.5 years of property ownership. Depreciation, like other business deductions, is subtracted from the income the property yields and can be carried over to future years.

In the accelerated method, more depreciation is claimed in earlier years of ownership than with the straight-line method and less is claimed in later years. The IRS provides tables to help you determine the exact figure each year. This method is often useful if you know you will be selling the property within five to seven years and will also have substantial income to shield in those years.

Depreciation of assets allow for the long-term planning for large expenses and investments. It is a benefit because it reduces the investor's tax liability during years of ownership and provides an incentive to put capital to work.

The Depreciation Method for a New Roof

When Do I Have to Recapture Depreciation on Rental Property?

How to Depreciate Landscaping Investments