How Is Commission Income Taxed?

The Internal Revenue Service doesn't tax all earnings the same. Commissions are supplemental income; they're not considered wages, because the earnings don't depend on the number of hours you work. If your commissions are less than $1 million in a given tax year, your employer has two options for withholding taxes. 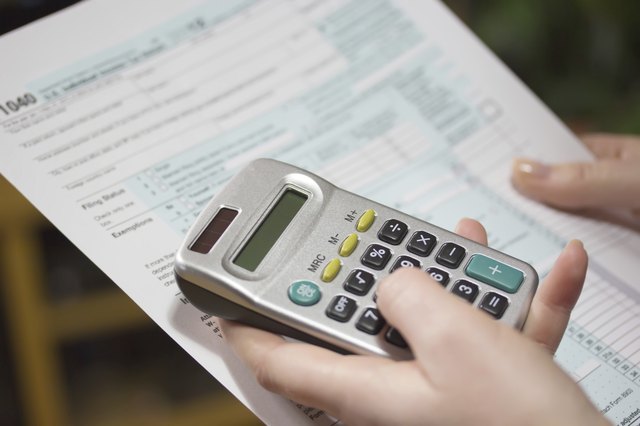 Taxes on commissions can be higher than on regular pay.
credit: Jaroslav Frank/iStock/Getty Images

The flat-rate method is by far the easiest way your boss can withhold taxes from your commissions. It's 25 percent, and it applies only to the commission portion of your pay -- your regular wages are still taxed according to the tax tables and the information you supplied in your Form W-4, such as how many dependents you're claiming. You must also have earned regular earnings, such as salary or hourly income, at some point during the calendar year or the preceding calendar year. Otherwise, your boss can't use this option.

A more complicated way of calculating taxes involves adding your commissions and regular pay together in the pay cycle during which the commissions are received. Your boss then figures taxes using the usual tax tables and the information included in your W-4. Your employer subtracts the taxes that were already withheld from your regular pay in that pay period from the taxes owed on the combined total. The balance is what you'll pay on your commissions.This can amount to more than the flat 25 percent if your commissions are significant and push your income up on the tax tables.

Are Commissions Exempt From Self-Employment Tax?

The Basics
Taxes
By: Brian Huber

Taxes on Salary vs. Bonus

What Is FICA on a Paystub?

How to Determine Tax Withholding