How to Calculate Default Rate

Default rate is the number of defaults a company has compared to the number of loans it has outstanding. The default rate shows the percentage of loans that were defaulted on over a specific period. Usually the period analyzed is monthly, quarterly, semi-annually or annually. The higher the default rate a company has, the worse it is at issuing solid debt and collecting on the debt issued. Analysts can use the same calculation to see the rate a single company defaults on its loans. 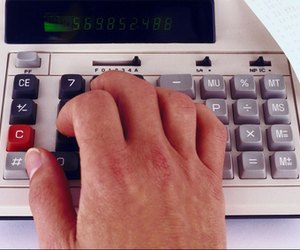 Determine the total number of defaults on loans a company has over the course of a year. For example, a small lender had three people default on personal loans this year. Alternatively, a small company defaulted on one loan during the year.

Money
Budget
By: Vicki A. Benge

How to Calculate the Number of Payments Left on a Loan

How to Find Total Equity on a Balance Sheet