How to Calculate National Guard Retirement

Army and Air Force National Guard service members become eligible for military retirement benefits at age 60. After you complete 20 years of service at this part-time job, you can collect a lifetime benefit of monthly pay from the U.S. government. You'll also continue to enjoy other military service benefits, such as shopping at the Base Exchange and VA loan eligibility. 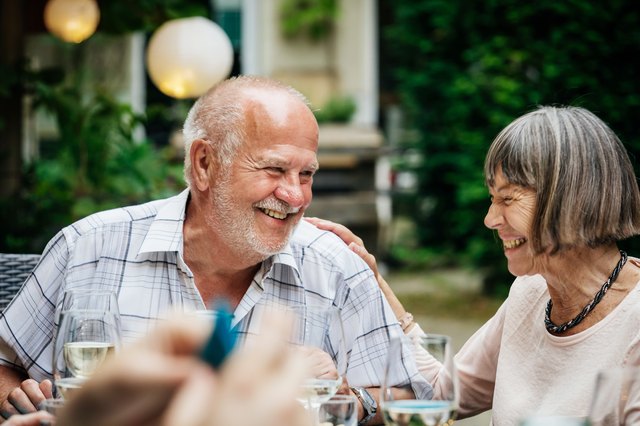 The retirement benefits system for the National Guard counts your part-time service differently than it does for full-time service members. You earn retirement points every year when you report for scheduled weekend duty and when you participate in your branch's annual two-week training. If your state calls you up to respond to local temporary emergencies, this active-duty service time counts toward your retirement points too. If the Army or Air Force requires that you join their regular forces for any extended deployment, you'll get additional points.

For National Guard, the military retirement points system only counts years that you earn at least 50 points toward your qualifying years of nonactive service. The minimum total points needed to qualify for retirement is 1,000.

Instead of a normal calendar year, the retirement system uses a service year that starts on your actual enlistment date, the date of initial entry into military service. Continuous service is not necessary to reach the minimum total qualifying years and points. However, you can't collect National Guard retirement pay if you're qualified for and receive regular active duty military service retirement.

The points that you earn for each day in training annually and one weekend per month form a base that you can increase with qualified activities. Notably, you earn an extra 15 points for every year of service. Participation in unit training and completion of certain courses are two other ways to earn points. The National Guard sets the annual maximum of points at 365, or 366 in a leap year. The total points that you use in the Air National Guard retirement calculator depend on several factors.

As you continue to serve in the National Guard, your pay grade will increase based on years of service. With meritorious service, you can earn rank upgrades as well. Pay within rank depends on your total years of service and sometimes the type of job duties you have.

The Department of Defense has uniform base salaries for all branches, with increases applying to every member that has the same service years and rank. Job responsibilities and special qualifications, such as a foreign language fluency, create some pay differences between personnel with the same rank.

Both Air and Army National Guard branches use your pay grade to apply a retirement points calculator to your highest salary while serving. However, the Department of Defense has two retirement calculation systems. The one you'll use depends on your date of initial entry into military service.

Service members who joined the military before the first day of January 2006 are locked into the original military retirement system, known as High-3. This system averages your highest salaries during the 36 months prior to retirement, your past three service years. Then it applies the points calculator to that salary to determine your payment.

Begin by totaling all the points earned while serving in the National Guard. Next divide your point total by 360. This number is a uniform standard that represents the military calendar year, instead of the normal 365-day year. For service under the High-3 retirement system, use the 2.5 percent multiplier.

The second option is the Blended Retirement System. Service members with DIEMS dates after Jan. 1, 2006 but before Dec. 31, 2017 had the option of using the BRS or High-3 system. Dec. 31, 2018 was the deadline for switching between the two plans. Any National Guard member whose service began Jan. 1, 2018 or later must use the blended system.

The BRS includes your military pension plus contributions to your Federal Thrift Savings Plan account. The points multiplier for BRS calculations is slightly less, at 2 percent instead of 2.5. The minimum 1,000 points total divided by 360, (1,000/360*2), results in a 5.56 benefit multiplier, or 5.56 percent of highest salary. An accumulation of 3,000 points under BRS results in a higher benefit multiplier of 16.67 percent.

Once you determine which system applies, you will be able to use the retirement points calculator to find the percentage that you need to apply to your anticipated rate of base or averaged pay at retirement. Even though the military gets periodic salary increases, you can't reliably predict how often those raises will occur during your service.

Use current salaries at 20 years of service based on the rank you expect reach for your calculation. Get these salaries from the Department of Defense's Military Compensation website. The Army and Air National Guard websites have a salary calculation tool that lets you walk through possible salary scenarios as enlisted personnel and as officers.

Both National Guard branches assume that you will progress through the ranks during your 20 years of service. Although the rate at which you progress might vary, these scenarios show your potential annual retirement pay at the highest attainable ranks.

Because the BRS and High-3 calculators use different percentages, your projected pay will differ under each system. Total maximum pay for each achievable high rank also differs slightly between the Air and Army National Guard ranks. These examples assume accumulation of at least 3,000 points, at current salaries.

How Much Money Do Retired Army Officers Get?

Retirement Salary for a Naval Captain

How to Convert Reserve Years to Active Duty Years

How to Calculate Retirement Pay With Both Active and Reserve Duty