How Many Dependents Get an Earned Income Credit?

Parents struggling to make ends meet on modest incomes can get some help from the Earned Income Tax Credit. Although taxpayers with no children can qualify for a small amount, the EITC is primarily aimed at assisting working parents. The amount of the credit increases with each additional child, up to a total of three. 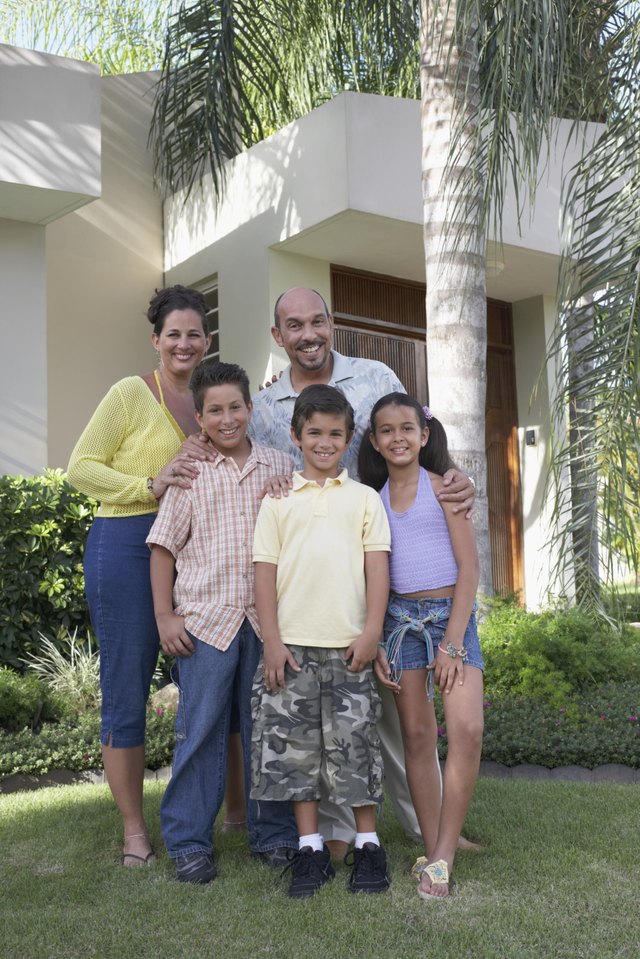 As the name suggests, you have to have earned income to claim the EITC. Earned income generally means income from a job or self-employment. You can't have more than $3,350 in investment income, such as capital gains, dividends and interest. You have to be a United States citizen or resident and you can't file a separate return if you are married. A qualifying child has to be under age 19, or age 24 if she's a full time student. There's no age limit when she has a disability. If she isn't your child, she must be a relative who meets the required Internal Revenue Service guidelines. She also has to live with you more than 50 percent of the year.

How the Credit Works

You have to file a tax return to collect the EITC even if you don't owe Uncle Sam any money. The amount of the EITC depends on whether you claim zero, one, two or three children, as well as your adjusted gross income. The credit starts small. For instance, if your AGI is $50, the credit is only $11 even with three kids. As your income goes up, the credit gets bigger until it reaches the maximum amount specified in that tax year. However, as your AGI exceeds that threshold, the credit starts to shrink until it phases out completely. The EITC can be greater than the amount of tax you owe. Suppose your tax liability comes to $1,000. If the EITC amount is $2,500, it offsets the tax bill and you get a refund of $1,500.

The EITC has limits on amounts and income that are adjusted each year for inflation. In the 2014 tax year, the maximum credit with one child was $3,305. This went up to $5.460 for two kids. For three or more children it was $6,143. If you had no qualifying children, the maximum amount was $496. The EITC phases out completely when income reached a level determined by your filing status and number of children. For 2014, adjusted gross income limits with one child were $43,941 if you filed a joint return and $38,511 if single. With two kids, the figures were $49,186 and $43,756, respectively. If you claimed three or more children and filed jointly, the limit was $52,427, compared to $46,997 for single filers.

To determine your EITC amount, start by calculating adjusted gross income on your tax return. AGI equals gross income reduced by certain amounts such as student loan interest you paid and tax-deductible contributions to IRAs. Suppose you are married, file a joint return and have two children. Your adjusted gross income works out to $30,000. Look on the EITC Table that comes with your tax return instructions. This table is also included in IRS Publication 596. In this example, your 2014 EITC was $4,035. You would have received the maximum amount of $5,460 had your AGI been between $13,650 and $23,300.

Can You Claim Preschool Tuition on Your Taxes?

How Much Earned Income Credit Will I Receive?

How Long Can You Claim Your Kids on Your Taxes?